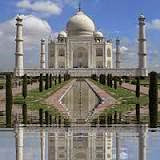 Today's post is a NaBloPoMo* prompt with the following questions, "Where is the one place you would never want to go on vacation that other people seem to love?"

Forgive me dear readers for 'cheating' - it feels to me - a bit due to the time element of blogging a post today. I wasn't home long before I stepped out to head to an all candidates meeting for the upcoming political election in the City of North Vancouver where I live. I felt it was important for me to do so to become acquainted with the current representatives, issues, and viewpoints.

The theme for today on vacation is an interesting one for me: I haven't travelled extensively. Though I have been abroad to my homeland twice, i.e., The Netherlands (nicknamed 'Holland') and my Mom's home country, Austria - beautiful countries in different ways - I have only travelled through the States to Utah from Toronto where I lived for a number of years plus surrounding suburbs, visited Calgary on two occasions, been to Point Roberts, and Bellingham, Washington in the States (U.S.A.).

When I think of it, I haven't even travelled in BC (British Columbia) that much either. I have gone however as far north as Whistler and the Sunshine Coast area, as far south as Delta where the ferries take you to Vancouver Island, as far east as Harrison Hot Springs, and as far west as Tofino, a community renowned for storm watching and surf riding – on the western part of Vancouver Island. That’s not too bad, except that I have lived in Vancouver and area for over 20 years: Wow! Already!

With respect to the original question above as I got sidetracked, the first place that comes to mind is China, and another is Mexico City and other parts of Mexico.

I equate China with overpopulation, pollution, communism, and a lack of security due to lack of communication. Cultural history may be of importance and of a curious nature, but other than that perhaps, I consider myself far removed emotionally and mentally to consider ever landing there. On the other hand, from a young age, my only nephew has had a strong interest and passion for China, even as far as to teach English as a Second Language (ESL) there.

The other place I would never want to go on vacation that other people seem to love is Mexico, at least the capital for similar reasons to above: polluted and overpopulated, and I also would feel safer elsewhere than where drugs and crime go hand in hand.

Where would I want to travel you may wonder? First and foremost the Yukon as well as Alaska to experience the pristine wilderness, wildlife, and the Northern Lights; Italy for their lyrical language, culture (primarily the arts), and cuisine (foods and wine); and India to experience devotion and spirituality through kirtans in Sanskrit, and their rich history and culture.

My favourite female kirtan singer is Snatam Kaur...more about her in a future post (http://en.wikipedia.org/wiki/Snatam_Kaur). Here she starts off translating I assume in English followed by Sanskrit.

I am linking this to NaBloPoMo and Write Tribe Bloggers.
Posted by elly stornebrink at 11:58 PM