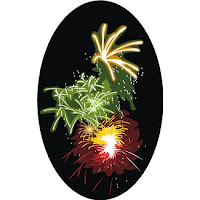 When you watch fireworks, do you notice if the flashes of light come before the explosion of sound or if the sound follows? Think of a thunderstorm: you witness the lightning first, then hear the thunder (as the speed of light travels faster than that of sound).

What is it about fireworks, such as Vancouver’s recent Honda’s Celebration of Light, fireworks extravaganza that appeals so much to the general public? Is it the light? The noise? Both?

Could it attract us as human beings because we are made of up light? Some would say we are made up of light particles, from the same materials as stardust. And as like attracts like - light attracts light – in this case humans and fireworks.

We radiate electromagnetic light insomuch that there is an electromagnetic field surrounding our body as an entity. We are enveloped in this auric field indicated by an aura or glow around a person’s body that some people can see with the naked eye, in particular around a person’s head. More commonly perhaps is to see this as a glow in a person’s face. This may be one reason why, at least in some circles, human beings are referred to as “light beings.”

What is it about fireworks that attract you, and why?

Being Human vs. Doing Human OR Human Being vs. Human Doing? 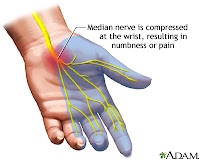 That’s the question I’ve been dealing with since I woke up in severe pain and later numbness starting at my wrist and then going up my arm to my elbow a month ago. Picture by A.D.A.M., Inc.

I went to bed late the night before, or rather early in the morning (at about 1 a.m.), and my wrist was in quite a bit of pain which I thought very odd. It may seem odd that I didn’t even consider taking a painkiller as I prefer not to take them.

However, a few hours later upon awakening in almost excruciating pain – about an 8 or 9 in intensity (10 being the worst) – and increasing numbness travelling upwards to my elbow, I began to get scared. Was I experiencing symptoms of a heart attack? I recall someone mentioning something about pain or numbness, in the arm? Or a possible stroke? I really had no clue.

I called 8-1-1, the HealthLink BC phone line, and though they don’t diagnose, I was still confused whether to see my M.D. (doctor) or go to the hospital emergency department. Apparently, if my hand was cold and/or numb, they recommended emergency; however, a few minutes prior when I had called they mentioned the doctor as I didn’t feel that way when I first called.

Thus I ended up at Lions Gate Hospital, Emergency department. One of my earliest thoughts was – the mind goes strange sometimes doesn’t it? – if I were to die here, in the hospital, I would die alone! It would be a lonely death with no friends and/or family members nearby. My next thoughts were about people who might experience this and I ruminated upon this while waiting, feeling this almost to the point of tears.

Luckily it was not too long of a wait before I was seen in Emergency. However, they sent me to the First Aid department around the corner where I waited for quite some time, about an hour give or take before seeing a doctor.

When a Resident (precursor to the Medical Doctor) came to check up on me, she asked some unusual questions in addition to some that made sense like, “Did you fall?” Well I had, but about two weeks prior to this incident. I had wondered that as well though as I thought my fall might have triggered this pain. Later, my own physician would say most likely that it was, and a physiotherapist would say it was my work. Who was I to believe?

To satisfy your curiousity, I apparently had symptoms of tendonitis and carpal tunnel syndrome. Wow! I didn’t know you could experience both at the same time. 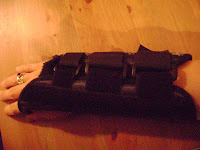 As a result of that diagnosis, I decided to take that week (shortened by one day, Canada Day) off. And what a week it was. Initially, I was actually quite bored as I couldn’t type nor do much. Two days later, I had a friend wash my hair in my bathroom sink – thanks Linda! – as I could barely twist my arm, let alone my hand.

I realized how much doing I do! Feeling more like a human doing, than a human being! (Is that an oxymoron?!) Our society and culture is seemingly obsessed with doing – doing, doing, doing – in terms of success rather than just being, simply being. Ridiculous when you think of it, isn’t it?

I found it somewhat amusing, at one point, that my right hand was affected as I was initially left-handed as a child. My mother had changed me to using my right – there was some belief way back then about left-handed being ‘wrong’ and/or ‘bad.’ Since I thought ambidexterity might prove a useful skill (one day, you never know!), especially with self-care, I learned how to do certain things with my left hand, though somewhat awkwardly, like brushing my hair and my teeth.

Finally I succumbed to not doing and just being – what a concept! – going for walks simply to enjoy the beautiful sunny hot weather we had that week. It felt very strange indeed, awkward, unusual, weird not to have a purpose to go for a walk other than to walk and be, sense the beauty of the warmth of the sun and the beauty of nature.

Though I know one reason metaphorically or metaphysically why this might have occurred, I’m still wondering and asking (when I remember) why this injury occurred.
.
My turn to ask you: Why do you injure yourself? What do your injuries have to tell you or teach you? How do you be instead of do(ing)? As I’m typing this last sentence, the common expression, “How do you do?” comes to mind. See what I mean about our society focused on doing?!