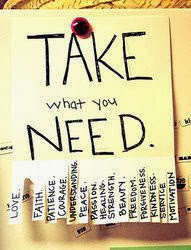 Posting #100! Definitely not a popular or romantic topic; however, one that is important to be aware of and discuss.

Did you know, one of the major causes of death for children and youth (in North America) is suicide?

According to the 2013 Brain Solutions Conference, the following info is from the World Health Organization): In 2020, the medical burden on health globally, will be Mental Health!

* 1 in 5 Canadians suffer from mental illness
* 3.2 million young people ages 12 to 19 are at risk for developing depression
* 75% of mental disorders develop by the age of 24

Suicide is the second leading cause of death of young people after accidents. Or could it be disguised as such? According to one of the keynote speakers, suicide was the #1 cause of death in one State in America!

What can we do individually and as a society to change the stigma and statistics of mental illness and suicide, especially in youth?
Posted by elly stornebrink at 10:40 PM 1 comment: Links to this post 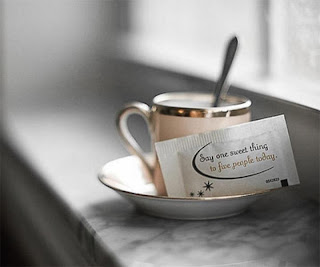 In my second blog posting entitled, Why Me? Why this Choir? (July 17, 2010), I said that I would write about depression and suicide. Well, finally I am! (About time eh?)

The following are some excerpts from that posting: ... one of the ... reasons that propelled me to start this choir is from people who shared with me their experience of a loss or potential loss of a youth, someone they know who either committed or attempted suicide.

... how many children/youth feel like they don’t belong, don’t count, don’t matter, don’t feel like they’re important ... whether ... at home, school, with friends...

... not ... all children feel that way or feel that way all the time or that you - as parents/caregivers etc. - don’t love or care for them. I’m speaking about their perception of themselves! ...

I should know: I’m one of them, or rather used to be one of those kids. Actually no. I still feel different and alone most of the time as I feel my path is one that goes against the grain of society. Not an easy one to tread at times; however, it seems to be the one that I am to follow. (I think this may require an explanation, a source for a future writing).

Growing up, I was aware that I was different or at least felt it and quite profoundly. So much in fact that I actually thought I was adopted – I wonder if I asked my Mom and if so, perhaps that is when she told me about my twin – as I felt rather estranged from my family.

Compounding this was the fact that I was labelled a particular way, a common label a lot of kids wear (though to protect the privacy of my caregivers I prefer not to say here). Self-fulfilling prophecy kicked in where I eventually believed, behaved, and reacted in particular ways to reinforce that belief. (By the way, that’s how beliefs work. They’re extremely powerful, both positively and negatively.) 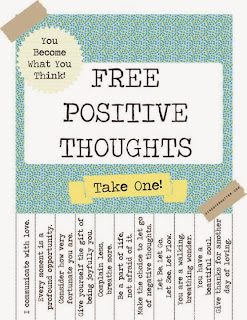 Furthermore, this particular belief I held about myself eventually became so ingrained in me that I hated myself, my hair, my body, me, everything and everyone (as far as I recall). And life too. It sucked for the most part. I liked school and work (part-time) as it was an escape from home. If it wasn’t for that, I’m not sure how long I would have lasted, literally.

I know in my heart that if I had the guts – yes, that is my belief – to kill myself, I would have. No question. Guaranteed. And not just once, but numerous times. Of course now in hindsight I’m glad I didn’t, though there have been instances where I have had a major death wish and been close to death. Be careful what you wish for! (Check out 'law of attraction' if you wish to understand what I mean here.)

This is the power potentially of labelling, the down side, its downfall. I will speak about that in another blog posting as that has been on my mind for some time now, especially lately.

Were you labelled and if so how? Do you still wear it or did you overcome it? (By the way I did so I know you can too!)
Posted by elly stornebrink at 11:33 PM No comments: Links to this post