Spring is in the Air 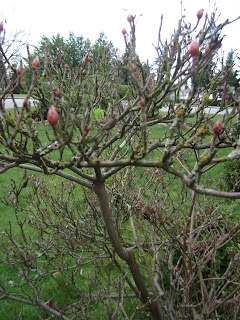 Ah! The first of Spring, signs of Spring: the greening of the grass, scents of flowers, cherry blossoms and the like are in the air, daffodils and crocuses pulling up their colourful heads through the earth. Oh my God! I LOVE Spring! 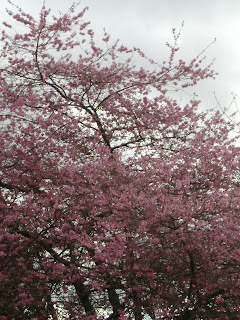 It is not only my favourite season, but, I believe, also my power season. I'm not sure why that is. I wasn't born in March. I was actually born two months early, actually prematurely, so I'm curious about that.

Spring equinox occurs when night and day are about equal in length, when planet Earth is not on an axis; see http://en.wikipedia.org/wiki/Equinox for a picture of the earth.

To me, Spring is a time of renewal, rebirth, and growth. How exciting! To me, it's also about potential, potentiality, possibilities, and (being) limitlessness...the latter spiritually speaking of course! 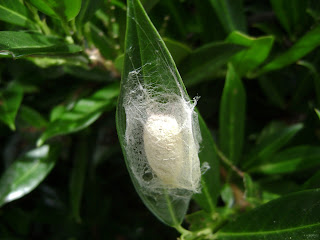 What does the season of Spring mean to you and how are you in Springtime?
Posted by elly stornebrink at 6:56 PM 2 comments: Links to this post 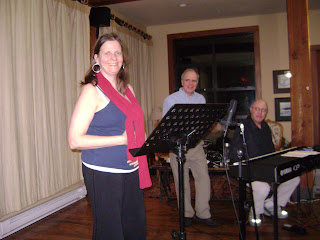 In a previous blog posting, I mentioned that a song I wrote and its story were in a book. Well, I received that book in the mail that Friday evening!

The original request for Edwin Coppard’s second book, Wake Up & Sing, came in the form of an email in 2011 where he requested attendees from his retreats to submit their songs and stories. I did on a whim not knowing if he would choose to publish it or not. Thus I was thrilled, ecstatic even, to receive news of this (see ‘An Unusual Message’ blog posting, dated February 8th).

As I mentioned previously, Edwin is a talented musician, in his own right, who facilitates Your-Voice-is-the-Messenger-of-Your-Soul workshops in Tofino on the Pacific Coast (and elsewhere) to have people uncover and discover their natural or authentic voice.

Because of his out-of-the-box-thinking and passion, I felt a strong pull to attend an intro of his and subsequently his retreat: my to-be non-traditional, children’s co-creative choir is an example of out-of-the-box thinking that has become my passion too! (Read more about this in my original blog postings, Call to Action dated July 5th, and Why Me? Why this Choir? dated July 17th, 2010.)

Other reasons, one of them being that I thought I might be interested in his future training – to do what he does – teach others his method of essentially ‘singing from their soul’ also inspired me to attend Edwin’s retreat. And another was simply that I had heard so much about Tofino including Wickaninnish Inn (www.wickinn.com) for example – a former work colleague works there now – which I was curious to experience, albeit without a surf board or wet suit! Though it wasn’t held there – too bad! – I was able to get a tour of some the empty rooms as it was non-peak season. 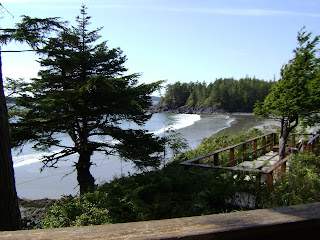 My story as published verbatim by me in Edwin’s latest book, Wake Up & Sing explains the backdrop to my inspired song:

“I felt compelled to go to Tofino for the first time and attend Edwin Coppard’s workshop ‘Your Voice is the Messenger of Your Soul’. I was quite nervous as I usually get shy about singing in public. However, my dream is to facilitate a non-traditional children’s/youth choir. Thus I attended Edwin’s workshop.

After a couple of exercises, I felt very frustrated and at one point, very angry. Angry that I wasn’t getting it, i.e., the exercise. It seemed like everyone did and I didn’t. I think it basically was writing words to a song. The words just didn’t seem to flow as seems too often happen when I try to ‘force’ words onto a page, or so it seems.

As I didn’t come up with a song, I left the room and went to walk along the beach. I was ready to literally self-baptize myself in a sense, clearing and cleansing myself of my anger by stepping right into the ocean. If I had a towel and a change of clothes with me, I would have walked right into the ocean, despite the coldness. I was that angry and determined, at the time! It was while I was standing facing the ocean, that the words came to me:

I really FELT and experienced that song deep within me. I truly resonated with it and connected with it deeply. It helped me to dissolve the anger that I felt within me. I came to leaving a lot calmer and more peaceful within myself than when I arrived.” (pp. 162-163, Wake Up & Sing)

It was with trepidation, of course, that I entered my song in an emotional, raw, visceral state. Though I didn’t sing the third verse ending in higher notes (as per the video below), I don’t think I could have sang at all without the support of Edwin and the group. It was they, plus the environment (and atmosphere, i.e., feeling) of Tofino that attributed to a safe and sacred space in which to sing. 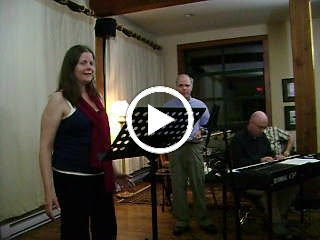 I deeply admire and appreciate Edwin’s creative spontaneity concerning his thinking and music, playing with sounds and songs. Like Edwin, I too feel like I have travelled – and am still travelling – the road less travelled, which, like the poem The Road Not Taken (by Robert Frost) – one of my favourites – mirrors my life for the most part. My to-be children’s choir is part of that journey, my journey...
Posted by elly stornebrink at 5:57 PM 8 comments: Links to this post

Email ThisBlogThis!Share to TwitterShare to FacebookShare to Pinterest
Labels: Edwin Coppard, Elly Stornebrink, out-of-the-box thinking, passion, singing, the road less travelled, The Road Not Taken, Wake Up and Sing, Your Voice is the Messenger of Your Soul
Newer Posts Older Posts Home
Subscribe to: Posts (Atom)