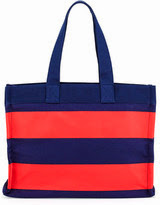 Miffed: put into an irritable mood, especially by an offending incident. To cause to become offended or annoyed.

Miffed is the word that came to me intuitively as I pondered my loss. Why do I feel this way? It was only some material goods, even if it was only a cotton beret, scarf, ¾ knit gloves, an automatic open-close umbrella, a roll-on of Saje aromatherapy (wwww.saje.ca) of a purchase with a gift certificate that I had won) in my black- and orange-striped canvas bag.

Why am I so attached to things, that is, material items? When I die – when we all die – none of it matters. It is all left behind on this earth plane. We don’t take any of it with us, except for what I imagine we do: our etheric body (http://en.wikipedia.org/wiki/Etheric_body), our memories, and our character/personality.

Regardless of this awareness, I realize that I am still attached to things. What is it about them that I hang onto? Why do I hold such an importance to them that it carries such weight? Doesn’t that make life more baggage-like, not to mention heavy?

What is the universe attempting to show or ‘tell’ me? What is or are the lessons of this experience?

I thought it might have to do with being (more) present as I was traveling from one Open House event (a friend’s new consignment/boutique, Nula Boutique on the Sunshine Coast, https://www.facebook.com/consigning.with.a.cause?ref=stream) to another friend’s where she was opening up her home before her upcoming move.

Tell me, do any of you feel this way, even occasionally or am I the only one? I doubt I am, though please please me. (Is that a pun?) Let me know so I won’t feel like I’m the only one. It will make me feel a bit better, unmiffed - ok, I just invented that word - all right, less miffed then.

And, in the meantime, I will hopefully be able to find my lost bag with said items. Time will tell! Que sera, sera.
Posted by elly stornebrink at 9:44 PM 1 comment: Links to this post

What's in a Name?

There is a scene in Shakespeare's Romeo and Juliet you may be familiar with (or not) where Juliet speaks to Romeo:

Names are funny in a not-so-funny way, more in an interesting - like "That's interesting!" - kind-of-way. They are important for identifying (to a certain degree) who we are rather than pointing fingers at each other. And they are important to us in that we feel loved, cared for, and important when we hear our name being called (unless we get in trouble!). ;)

It's funny too that so many of us decide to change our names as we age. In my immediate family, a few of my siblings including myself have shortened our name for various reasons.

Sometimes a change of name may occur as a rite of passage, though not necessarily so, especially in our culture. I would be inclined to say that probably more often than not there are other reasons such as (potential) bullying.

Though that wasn't the case with me, at least with my given name, the reason for changing my name became evident in Grade 9 when it was time to turn over a test page. "Ok, write your name on the top right-hand side and begin the test" the teacher would instruct: E-liz-a-beth Stor-ne-brink I wrote - I wrote the Canadian version with a 'z' rather than an 's' in 'Elisabeth' (my original name) while pronouncing the many syllables in my head. It seemed so long and took forever to write! Ok, I admit I'm being dramatic, though truly I did think that at the time.

Thus, from that point on, I decided to go by my Dutch name or rather, shortened Dutch equivalent of my name, 'Elly'. I preferred that as not only was it shorter (less syllables), but also it was quite unique (at least when I was younger).

It wasn't till years later that I discovered the meaning of my name 'Elly.' It supposedly means "truth and light." That really resonated for me, especially since my spiritual awakening, and I loved it more so than 'Elisabeth' (my original name with the 's' denoting Dutch heritage though it's also German in origin). However, when I discovered it meant "oath of God" (or as I thought I read years ago, "oath to God", I was not sure I liked it. What oath?! To be continued ...

Do you like your given name? Do you know it's meaning? Have you changed it and why? Does your new name suit you or serve you better? If so, how?


(Today's blog post was inspired by a young girl named Ella who shares a similar name to me and whose birthday is today.)
Posted by elly stornebrink at 11:33 PM No comments: Links to this post

Email ThisBlogThis!Share to TwitterShare to FacebookShare to Pinterest
Labels: a rose by any other name would smell as sweet, bullying, Elisabeth, Elizabeth, Ella, Ellie, Elly Stornebrink, given name, names, oath of God, origin of names, Romeo and Juliet, what's in a name
Newer Posts Older Posts Home
Subscribe to: Posts (Atom)