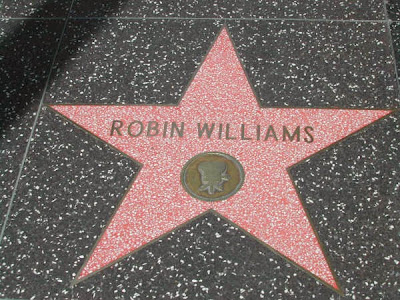 Let me start off by saying that some of you may think that 'funnyman' is spelled incorrectly. I thought it was a compound word and checked in case it was two: http://www.merriam-webster.com/dictionary/funnyman clearly indicates its correct spelling and meaning: a man who is funny; especially a professional comedian.

There has been a lot of media articles and social media discussion in the aftermath of Robin William's suicidal death which you are most likely familiar with. Yes, I said those words: “death” and “suicide” (and in one sentence!) which generally speaking are words mostly avoided like the black plague (http://en.wikipedia.org/wiki/Black_Death) in today's society, at least in this part of the world in which I live. Why is that?

Some articles and reports have been rather personal from people who have experienced depression or concurrent disorder which is a mental health disability plus a substance abuse problem (namely alcohol and/or drugs). The latter has become known as a commonplace condition, more the norm than formerly believed, which Robin suffered from. See http://www.centralwestcdn.ca/about-concurrent-disorders#A for some examples, and if you scroll down (about 1/4 down the page) you will see varying stats for how common an occurrence this disorder is.

Now, I’m not a fan of labels; however, my purpose here is to inform and/or educate in part about depression and concurrent disorders.

What matters most is this: we – the general public – are talking about it more openly, if not in person, at least in general public behind our technological screens like Facebook since the news of Robin’s tragic demise. If anything, that is the seemingly good that has arisen from this bad event. (Even ‘good’ and ‘bad’ are labels, but I digress here.)

To draw an analogy – I hope you don’t mind – it reminds me of the ALS ice bucket challenge that has stormed America through social media. Anthony Carbajal, a young man who was diagnosed with ALS, a hereditary condition, created a video worth seeing. See below, though here is the link: http://www.upworthy.com/the-last-ice-bucket-challenge-you-need-to-see-and-you-really-should-see-it that I highly recommend viewing:

How true is that of ALS and potentially (can be) with other issues such as depression or concurrent disorders or dementia or cancer or ...the list goes on, i.e., a host of other conditions?

Will he and others like him - with an ill-fated diagnosis - commit or want to commit suicide in the face of pain and/or impending death? See how rampant this issue is and/or can become?

This is why we need to be talking about these issues as everyday matters in everyday conversation like we do with the weather and whatnot.

Would you agree? Why or why not?
Posted by elly stornebrink at 11:40 PM 16 comments:

Middle Child: You ARE Special! Today's Your Day! 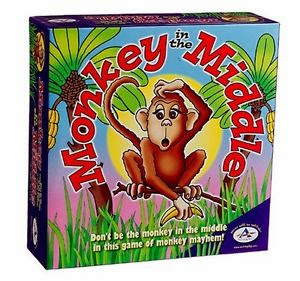 According to http://www.daysoftheyear.com/days/middle-childs-day/, today is a special day, a very special day, at least for the middle child. Today's it's "Middle Child Day!" That’s me!

Some of you dear readers might relate, those of who you were second or later born depending on your family size in terms of siblings. Otherwise, you might have a sibling who is a middle child and here's your opportunity to understand them a bit better.

He also states, “Second borns will probably be somewhat the opposite of first borns.” And furthermore, he goes on to say, “Because the later-born children 'bounce off' the ones directly above them, there is no way to predict which way they might go or how their personalities might develop. Characteristic charts on middle-born children often sound like an exercise in paradoxical futility. For example, below are two columns with words and phrases that can all be very typical of the middle child. It's not hard to spot the direct contradictions:

When I look at these two lists, I’m not necessarily one extreme nor the other. Though I used to lean more “towards the left” (I had to move the list to the top), I have grown to be rather sociable, friendly, and outgoing as well as avoiding conflict – I have always hated conflict – in particular.

Middle children do not feel “special” or treated as if they are like the first-born or the “baby” (youngest sibling) of the family: think family photo album. They may get hand-me-downs and the like as I did with my two eldest sisters. I used to refer to myself and still do as a matter of fact as “monkey in the middle” with two older sisters and two younger brothers. (Even though my twin died, I would still be or rather still am a middle child.)

Middle children may also feel like the “lost” child as they have no definitive role and may be overlooked with older and younger siblings and thus feel misunderstood and out of place like a third party – “two’s company, three’s a crowd” kind-of-feeling – or like a fifth wheel. (Three's Company, a TV show in the 1970's-80's.)

Is that why, in part, I felt like I didn’t belong or mattered? I wanted so much to feel special, to be treated differently. Don’t we all though? Is that why I started acting differently perhaps on an unconscious/subconscious level?

The middle child may seek out friendships more than the first-born or youngest through peers their own age to hang out with. Their friends become an integral part of their lives as they help to shape the character of their personality, and in doing so may, as Dr. Leman states, become “a bit of a “free spirit.” I find that fascinating as I have used a similar term to describe myself growing up and still do even to this day: “restless spirit.” Hmm, is there a connection possibly?

One thing I do know that is a bonus for us middle children is that we make good mediators/negotiators/peacemakers. I have been told this by at least one if not two sources; however, as I detest conflict, such an occupation does little for me. This is true for me as I have come to recognize and ‘see’ both points of view when there is a difference of opinion; both people are ‘right’ in their own way. This ability to understand was something that began in my childhood, though I wasn’t aware of it then. In that sense, I sometimes become a bit of a peacekeeper. (Maybe that’s why I like the band, Fleetwood Mac’s “Peacekeeper” song!)

So, being a middle child makes me a great peacekeeper/mediator/negotiator, tough and independent, empathic (i.e., understanding of others’ situations/plights – I have this big time), and the like. Do any of you relate or know someone who is a middle child?

Are you or do you know someone who is a middle child? How did you feel growing up? How do you feel now about your position in the family? Can you find the unique strengths/gifts in being a middle child? Do you or can you like/love/celebrate it?

Posting to be continued...a 'twist' on the middle child...
Posted by elly stornebrink at 10:38 PM 8 comments: 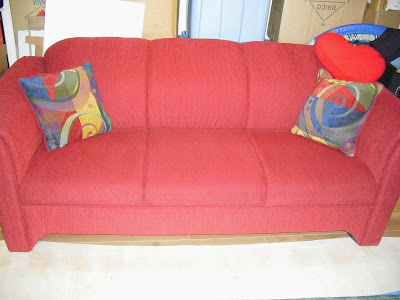 My former couch (colour is brighter than shown)

For those of you who were or are part of the Ultimate Blog Challenge (http://ultimateblogchallenge.com/), I am taking a much-needed mini-vacation. After hours and hours of researching, reading, downloading, and typing posts daily last month, I am taking some time off to rest. I was quite exhausted towards the end of my 31-day (July) daily postings.

Furthermore, I am enjoying my favourite festival, a 10-day reprieve for me at Harmony Arts Festival in West Vancouver, BC (http://harmonyarts.ca/).

For me, a sensuous love affair savouring the smells, sights, tastes, and sounds of this festival through delectable cuisine (with some local restaurant booths and some food carts in attendance) - a feast for the nose and mouth - admiring the many talented artisans showcasing their homemade fare of arts and crafts - a feast for the eyes - listening (and dancing, though not yet) to great free entertainment, i.e., live outdoor bands - a feast for the ears - all in a picturesque landscape, by the ocean.

I highly recommend one of the featured movies, Best Exotic Marigold Hotel (http://en.wikipedia.org/wiki/The_Best_Exotic_Marigold_Hotel) - what a hoot! With actors including Judi Dench, Tom Wilkinson, Maggie Smith, and Dev Patel, the latter whom you may know from Slumdog Millionaire an unusual, interestingly twisted plot-wise movie (http://en.wikipedia.org/wiki/Slumdog_Millionaire), I laughed so much during that movie! What a delightful treat!

How do you rest, relax, and rejuvenate your mind, body, and soul? Do you treat yourself to an occasional mini-vacation?
Posted by elly stornebrink at 5:33 PM 6 comments: