From the Kindness of Strangers

Today's NaBloPoMo prompt is the following: Tell us about one time that you benefitted from the kindness of strangers.

Though I can be a pessimist at times, I do believe in the general goodness of people. That is, I believe there are more good people - and that they perform kind deeds - than bad in the world, despite the portrayal of the media otherwise.

I know some people - one in particular - who would disagree and that's ok. It's everyone's right to believe what they will; however, how is it working for them? And, does it work for you?

Instead, why not take heed of the 'law of attraction' or LOA for short. It is a spiritual principle which you can read about it here, though I do not like the example they cite as it's not necessarily so cut and dry, black and white like that: http://en.wikipedia.org/wiki/Law_of_attraction_%28New_Thought%29. It's actually more like the message in the box in the picture on the top of this post! ;)

I had actually written a blog post inspired by a particular incident on this very subject. I entitled it A Kind Stranger: a Samaritan named Rob and I believe I felt such compassion when I wrote it: I was extremely grateful.

Simply put, a man who was a stranger came to my aid when I fell and injured myself about 2-1/2 years ago. You can read the short story here: http://xpressyouressence.blogspot.ca/2012/06/kind-stranger-samaritan-named-rob.html (dated June 17, 2012).

A brief video interruption that is rather touching - moved me actually - that I saw on Facebook yesterday that I'd like to touch on the theme of kindness from strangers:

One other story that I'd like to share that I will never forget, though I think some of the details are a bit hazy is as follows:

Years ago when I was a young student, studying full-time and working part-time to make ends meet while living on my own, I met this man who happened to be the brother of a man my sister dated or was dating.

We befriended each other and he had asked me what I wanted for Christmas. I was about 21 or 22 at the time and all I could think of was a live pine tree as a Christmas tree. However, I told him that that might not be allowed in my building due to fire regulations, though I wasn't !00% sure.

One day, about a week or so later, after I arrived home from a very long day of school and work, I opened the door to my apartment unit. To the delight of my eyes and nose of the look and smell of a large, live pine tree! My mood immediately brightened as I was SO ecstatic. I wanted to call him but figured it was too late, so waited to thank him the next day. 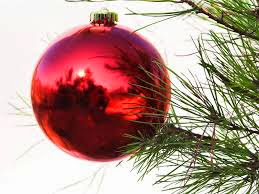 If memory serves me correctly, I think the tree was already decorated, albeit partially as it was a large tree. The following day or shortly thereafter from what I recall, we both decorated the tree while playing Christmas music in the background.

That seemingly small gesture was a big deal to me. It was HUGE and truly didn't care to receive anything else that Christmas. It is a memory I shall always treasure forever. Though he has since moved back to Europe from whence he came, that particular Christmas will always be remembered as a special one, and in my heart as a fond memory.

Likewise, I was also the giver of kindness to a stranger: In Pay it Forward...with an Umbrella!, I wrote a post dated February 3, 2012 on how kindness prompted me to act the way in which I did. Read to find out how: http://xpressyouressence.blogspot.ca/2012/02/pay-it-forwardwith-umbrella.html.

How has a stranger paid you a kind deed? And how have you been a stranger to help another in kind?
Posted by elly stornebrink at 9:44 PM