Soulful Sunday: 3rd NaBloPoMo Favourite Blog Posts: Mine and Yours 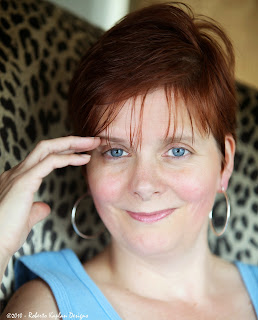 Wow! There were A LOT of wonderful posts this past week; however, I think I may have read more than the usual number of posts - I think! - so quite a challenge to name only a few.

I will categorize them so you can pick and choose if you prefer; however, I will start with mine: My favoured post this past week was Books Inside Me? not surprisingly as those who responded are all writers! ;) http://xpressyouressence.blogspot.ca/2014/11/books-inside-me.html ... with From the Kindness of Strangers following second (http://xpressyouressence.blogspot.ca/2014/11/from-kindness-of-strangers.html).

On the topic of realism including posts for a good cause are the following (in date order from oldest to most recent chronologically):

Adita Kaushiva's Food Over Education, or Both? #BlogToFeedAChild at
http://www.makeitbeayoutiful.blogspot.in/2014/11/food-over-education-or-both.html was also contributing to this noteworthy cause (as stated above).

Inderpreet Kaur Uppal's brilliant idea to feed children in India in #DonateYourParty & #BlogToFeedAChild can be applied anywhere else in the world, I think!: http://inderpreetkaur.blogspot.in/2014/11/donateyourparty-blogtofeedachild.html

Another important issue effecting many people in India is noted by Nabanita Dhar on her post from nothingness to I've Got Something Important to Say... (http://nabanita-blacknwhite.blogspot.in/2014/11/ive-got-something-important-to-say.html#.VGxAd2eVZac). And with the click of your computer mouse, you can make a big impact on the lives of others, similar to the two posts above.

Vidya Sury's witty titled post, Do you #giveashit @worldtoiletday #ToiletForBabli @DomexIndia @UN_Water was an eye-opener for me as I wasn't aware of this. It makes perfect sense though and I hope her blogging will contribute to spreading awareness, hope, and money and the means to build toilets for those in need, especially women, children and the like: http://vidyasury.com/2014/11/world-toilet-day-2014.html

Contrast Nabanita and Vidya's posts above to Francene Stanley's theme. France wrote a very important, must-read post, How clean are you really? http://511580395457358476.weebly.com/blog/how-clean-are-you-really. If you wish to keep healthy, this is one way to do it! ;)

On a much lighter note and with a great sense of fun and joy, I particularly enjoyed the second video in Shilpa Garg's post to make a case on Staying Healthy Can Be Fun, http://shilpaagarg.com/2014/11/staying-healthy-can-fun.html Do watch: it's a riot!

Carol Graham's post, 6 Ways to Turn a Blogger Off is a practical post with important tips essential as a must-read for all current or potential bloggers: http://batteredhope.blogspot.ca/2014/11/6-ways-to-turn-this-blogger-off.html.
(I know I used to be guilty of two or three of these blogging 'sins' as I was still learning...wished I had known way back then, right at the beginning!)

Usha Menon penned a lovely poem on the way of being a parent, i.e., mother in My Home, http://eccentricgrandmum.blogspot.in/2014/11/my-home.html.

Never say never at http://www.livingmyimperfectlife.com/never-say-never/#comment-110247 was SanchLivingLife's post on the amusing power of this word. Like Sanch, I too came to learn the true meaning of saying "never!" That is I should say "never" IF I want something to come true! ;)

Now, onto some fiction (though some could be non-fiction...sometimes I can't tell!) - and rather short posts:

Kathy Combs, Destiny within the Jaws of Death, a powerful read (which I don't want to give away): http://gigglingtruckerswife.blogspot.ca/2014/11/destiny-within-jaws-of-death.html

Cold Haiku was another powerful post by Kathy, this one of lost love, http://gigglingtruckerswife.blogspot.ca/2014/11/cold-haiku.html

And yet another by Kathy Combs, The Money Pit - realistic and what a predicament: http://gigglingtruckerswife.blogspot.ca/2014/11/the-money-pit.html

Cat Graham's post, Ten things you would tell your 16 year old self if you could was 'motherly advice,' ahem 'wisdom' to a growing teen - yourself - at that age: http://cattitudeandgratitude.blogspot.ca/2013/01/ten-things-you-would-tell-your-16-year.html Who could resist that!?

Usha Menon's delightful and amusing post of photos, smile a while of sleeping animals and babies at http://eccentricgrandmum.blogspot.in/2012/12/smile-while.html

A longer, though extremely amusing, even hilarious and witty post, this one by Nabanita Dhar on When Writers chat on WeChat brought a huge upward curve to my lips: http://nabanita-blacknwhite.blogspot.in/2013/05/when-writers-chat-on-wechat.html#.VG1CScno430. A brilliant post! Don't you think she's a writer? I keep telling her, "Nabanita, you ARE a writer!" :)

Nabanita Dhar's more serious and true-to-life version of A Missed Touch http://nabanita-blacknwhite.blogspot.in/2014/11/a-missed-touch.html#.VG6Tz8no430 was extremely sweet and tender. I was definitely moved! (Even though it featured an appropriate commercial, I wish that video was in English or had English subtitles!)

I'm stopping there, only Monday to Friday as there are a ton of favourable blog posts. Except for the first few posts, most are quick or relatively quick reads.

I sure do hope you get a moment to enjoy these posts! Or rather, did you get a chance to read any of these them? ;) And did you find them as enjoyable as I did?

Have a great blogging and/or reading week!
Posted by elly stornebrink at 12:01 AM