Communication(s) from my Dead Twin? 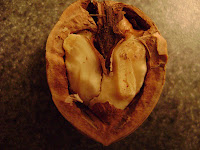 A woman asked me recently how my dead twin sister appears to me. I knew what she meant, but I didn’t know the answer, at least not immediately. After she gave her example of finding white feathers and thinking of a particular close friend of hers who passed away every time this occurred, it triggered a memory for me.

For many years now, I’m not even sure how long ago, perhaps when I was in my twenties, maybe even teens, I spontaneously started collecting heart-shaped objects. I didn’t know why as it seemed to happen unconsciously. It wasn’t till years later that I realized I was doing this, that is, that I actually had a bit of a heart collection.

Over the years, I have come to discover many heart-shaped images in things. I see them mostly in the environment, in elements of nature, especially in the shapes of flowers, and stones and rocks for example. And I also see it indirectly, like within a pattern as in the bark of a tree. 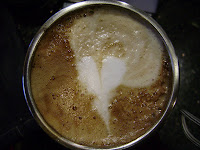 I seem to gravitate towards heart-shaped items as in the case of a calendar that has numerous pictures, primarily photos of heart-shaped objects. Though this appeals to me greatly, it doesn’t mean that I seek everything that is heart-shaped! But (pause), did you happen to notice that a heart is two halves in one? And in its original(?) form, identical halves? My twin and I, identical at birth...hmmm...

Reminiscing about heart shapes during the above-mentioned conversation, I wonder if that is my twin’s way of letting me know of her presence, that she is nearby and/or thinking of me. (Unfortunately, I hate to admit, I don’t sense her or see her or hear her at all and certainly wish I did!) This could certainly be an interesting possibility as, even though she’s had a huge impact on my life, I didn’t know her at all!

One way, I’ve been told, my twin speaks to me is through words (nonverbally). I often get words claircognizantly; I don’t see or hear them, I just get them like an instant knowing, spontaneously as if from the ethers. It is akin to claircognizance which is a knowing state, i.e., knowing something without knowing how you got the info. This is otherwise challenging to explain unless you experience this. (See my posting dated May 7 and May 31, 2011 and entitled, “The Call to Write Part 1” and Part 2.)

I strongly believe we can communicate with others on the other side – yes, I’m speaking of dead people here – though not about séances or channelling (as I don’t trust that). It is on a nonverbal level, like telepathic communication with images in our mind’s eye (i.e., inner intuition) and/or outward images or objects such as feathers or coins for example, or in my case with words.

How do(es) your deceased loved one(s) ‘come’ to you or ‘speak’ to you in the forms of objects/images?
Posted by elly stornebrink at 8:47 PM 7 comments: Links to this post

Pay it Forward...with an Umbrella!

Amidst quite a usual rainy week in January, I noticed a men's black umbrella lying on a bus stop bench while enroute on my morning commute to work. I was deliberating whether to take it or not though my (intuitive) sense felt that if someone else were to pick it up, they might keep it.

While the latter struck me as a passing fancy as I specifically buy automatic umbrellas like this one - specifically for the ease in boarding on and off buses - I decided to post a note on the bus shelter instead. After all, I didn't want a black umbrella! ; ) (Just teasing, of course!)

Really though, I realized that because the umbrella was in very good condition, almost looking new in fact, and due to its automatic mechanism, that the owner would want it back and probably soon due to the upcoming weather forecast.

I also imagine what I would want someone to do if was the one who lost something, in this case that particular umbrella. So naturally I posted a short note on standard-sized red paper, albeit somewhat dark, and using a black thick marker hoping to direct attention to it. Unfortunately it was a day or two afterwards that I did so.

After posting the lost ad about two days without a reply, I was contemplating changing it to white paper when I received the call, the call for the umbrella that is.

The man was delighted that I found his umbrella and could he pick it up. Going in part with my instincts, I knew I would be safe if he came by my home to pick it up. I could trust him based on how he spoke and what he said.

Part of what he kept declaring was, "You've restored my faith in mankind." I was rather surprised by his statement as I thought it a small but kindly gesture that I return what (rightfully) belonged to him.

When he came by to retrieve it, he handed me an envelope indicating that it was "coffee money." I didn't expect anything other than perhaps a "thank you," so initially I politely declined but he insisted on me accepting it.

This immediately made me think of the movie, Pay it Forward. I love that movie, especially since a motto I invented is to do at least one good deed a day (though I don't always think about this, at least on a conscious level). I wrote about this briefly in a previous posting (see 'Earth Angels' dated Dec. 14, 2011).

My question for you is: How do you pay it forward? What action(s) do you take as a kind deed or gesture?
Posted by elly stornebrink at 8:39 PM 4 comments: Links to this post