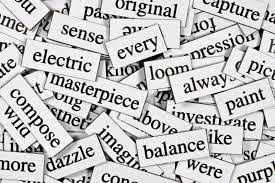 Today's NaBloPoMo prompt is, "What's your favorite headline/blog post title you've ever written? What was the hardest post to title?"

My apologies but I cannot only name one. You see, I have many as I get titles a lot intuitively. I will categorize some of my favourites below.

My favourites include some of my first blog posts titles in particular:

Call to Action which initiated my blog: http://xpressyouressence.blogspot.ca/2010/07/call-to-action.html.

And A Matter of Degrees as I thought it a perfect title - judge for yourself here at http://xpressyouressence.blogspot.ca/2010/08/matter-of-degrees.html - though a possible twist on the words as it can have a different interpretation. I certainly don't mind that, as that can intrigue a potential reader's interest, I think! Or at least, I hope so! Doesn't it? ;)

Continuing on the theme of my love of playing with words, I came up with this title for one of my posts, Part 1: To Write or 'Write' ... Right?: 0http://xpressyouressence.blogspot.ca/2011/05/write-or-write-right.html/.

However, I loved this one even more: how about A Rat's Tale...as it was a play on the word 'tail.' ;) Though in retrospect, it could have easily been called "Rats' Tales" as my post shared not one, but two stories of rats! ;)

Mulling over Mulled Wine was another word play title I came up with: http://xpressyouressence.blogspot.ca/2013/01/mulling-over-mulled-wine.html.

A mix of two musicals and a play on words was this post title, Defying Gravity so No One can Steal Your Rock ‘N Roll! - http://xpressyouressence.blogspot.ca/2012/05/defying-gravity-so-no-one-can-steal.html. 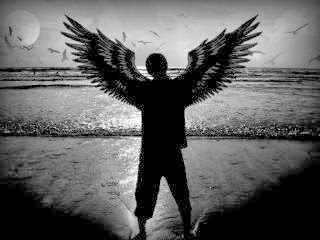 I also like my tribute post titles such as A Tribute to David: Connection with a Stranger, the first one on my blog, or Touched by a Stranger, an indirect 'tribute' post if you can call it that - I think I can! ;) - http://xpressyouressence.blogspot.ca/2011/08/touched-by-stranger.html.

My favourite tribute blog title though was, An Angel in Boots: Tribute to a Life-Saving Hero: http://xpressyouressence.blogspot.ca/2014/01/an-angel-in-boots-tribute-to-life.html.

One of my favourite post titles (and posts) - perhaps my favourite? - was an easy one to title, Beauty in the DTES: http://xpressyouressence.blogspot.ca/2011/01/beauty-in-dtes.html. It also happened to feature the first of many posts (when my camera was working) with my photos on it (which I prefer and preferred doing).

I'm not sure if it was my hardest post to title, but I certainly think it was at least one of them: my very first blog post title! The reason being that (1) I was just starting my blog and wanted to make a good, or rather as best an impression as I could, and felt the title was important to convey the theme of the post and possibly the blog (at that time) as well, and (2) I was just attempting to play with the word 'sole' or more likely 'soul' but I just couldn't quite come up with a captivating title. I'm sure there was at least one, though I couldn't rack up my brain enough to come up with something clever/witty/amusing. ;)

Another challenging post to name due to the sensitive nature of it was Aftermath of an Almost Glorious Victory about the post-hockey game in Vancouver, BC: http://xpressyouressence.blogspot.ca/2011/06/aftermath-of-almost-glorious-victory.html. There are a lot of die-hard hockey fans here in Canada, including Vancouver, BC!

Which of the above do you most favour? Naming more than one is okay. ;) I would love to hear and also the reason(s) for it! Thanks! :)
Posted by elly stornebrink at 5:40 PM