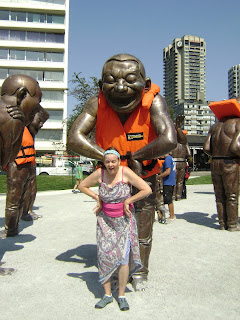 In my previous blog posting, I mentioned that I would reveal some reasons why I might have been feeling blue since my birth. The following questions are a guesstimate of what could possibly be some root causes of depression that I experience from time to time.

Was I depressed in past due to the fact that my identical twin sister – apparently my twin flame or twin soul (even closer than a soul mate) – died shortly after birth? Did I pick up on my Mom’s emotions/energy after losing one of her daughters (my twin sister) and almost another, i.e., me? Did she experience postpartum depression? If so, did I or could I possibly have inherited a genetic predisposition to depression?

Did my parents or my Dad wish for a boy after having two girls? ("It's a girl!" again!!) Was I, due to being premature, in an incubator too long, withheld from my parent’s love, attention, and affection? (One cause of death in babies is a lack of affection.) Did I lack oxygen in my first moments of birth?

How could any of these factors have affected me?

More recently, could I have felt blue due to two work colleagues who left within the same week, and the director the following week (and all the ramifications associated with that, too many to mention here)? Could I feel like my soul isn’t growing like I’d like it to? Could I feel sad 'cause I feel to blame and bad about my dream or vision not being fulfilled?

I suspect these points in particular, especially the last one is closer to the truth for me as I remembered that I felt somewhat similar last year when my non-traditional, co-creative children’s choir didn’t come to fruition. I truly believe that the expectation(s) and the potential downfall, i.e., fear of failure brought me spiralling down. Yes, even before I realized that at least two children had registered this year!

Since my last blog posting, have you or anyone you know come to terms with any possible reasons for your (past/current) depression?

By the way, I did come out of my funk about two weeks after my previous posting and started to sing again and dance too - quite a bit lately - as well as wear bright(er) colours which I love, such as in the photo above. (Not the greatest photo of me; however, I was imitating one of the "Laughing Sculptures" - how appropriate! - located at the foot of English Bay in Vancouver. Yes, that's actually the name of the set of sculptures!)

NEXT POSTING: Stay tuned as to how I came out of my depression.

Side note: During the BrainSolutions Conference this weekend in Vancouver, Dr. Daniel Amen, an expert on brain enhancement stated that, other than the severely depressed, the effect of antidepressants is similar to placebos. A similar conclusion was made by the research findings of Dr. Irving Kirsch, Associate Director at Harvard Medical School where he indicates that antidepressants have little or no effect than that of placebos. (See page 12 in the August issue of common ground magazine.) Mind boggling don't you think?!
Posted by elly stornebrink at 9:43 AM 1 comment:

If you can read the fine print on the (maximum-sized) picture, it reads, "Dead on the Heavy Funk".

In my July 21st blog posting, I spoke about being in a funk that lasted at least two months. It ended up lasting about two-and-a-half to three months.

Admittedly, I have been depressed on and off throughout my life. I’m convinced this is due to certain circumstances around my birth. (More about that in my next posting.) With the occasional depression here or there, seemingly circumstantial or what I term situational, I often come to an understanding why I feel blue afterwards or even during these episodic bouts. This occurs when I come to terms with the root cause(s).

It is in part with this knowledge or frame of mind that I refuse (to be on) medication for it as I know my condition is temporary and I’ll get over it…in time of course, yet that’s the irony, isn’t it!?

To exacerbate my depressive state perhaps is the knowledge that every drug has side effects, one in particular common to antidepressants that I wish to avoid.* And there are other reasons for my adamancy.

Please note reader that I am only referring to my choice: it is my decision and my personal path, not necessarily yours. Depression varies – almost wish not to even state that word as it carries such stigma, doesn’t it? – thus it is best to seek medical guidance based on your understanding of you, your life, and your circumstances. Hopefully your inner wisdom will guide you through the process, though not necessarily easy to trust when you are feeling down.

As a result of my emotional flatline state, I had my thyroid and iron re-tested (as I’ve done in past) – all was normal – and I even completed a stress test/depression questionnaire at my medical doctor’s office; the latter proved to be mid-range.

One possibility I had considered that might attribute to my depressive symptoms – were hormones, though I didn’t sense that that would be the primary reason and wasn’t sure if I wanted to undergo testing for this.

Stay tuned as my next posting will reveal some possible reasons why I was feeling blue...might be a clue...for you...or for someone you know.

What might some of the reasons be for your (past/current) depression or for someone you know?

*By the way, there was an interesting article, on page 12, in the August issue of common ground magazine about the questionable efficacy of antidepressants.
Posted by elly stornebrink at 11:20 AM No comments: Links to this post 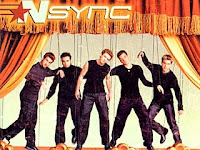 Stay tuned....I will be posting a blog hopefully later today....was on Co-op Radio today on the "When Spirit Whispers" show - thanks Gunargie!

Click on link or copy and paste onto 'browser' (whatever it's called at the top of your screen/page):

http://www.coopradio.org/content/when-spirit-whispers-9
and then click the link on that page.

A brief poem/song that I wrote about three years ago:

How does Spirit whisper to you?

Posted by elly stornebrink at 4:33 PM 2 comments: Links to this post