Posts of the Controversial Kind! 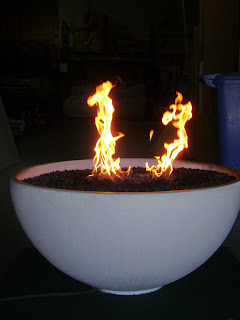 Today's NaBloPoMo prompt is, "What is the most controversial thing you've ever written on your blog? What compelled you to write it?"

I swear I thought I had only written one or two controversial posts, but over time I see that I had written a number of posts that potentially could be considered as such.

Rather than single one out, I would like to list them all from my perspective. And then, if you have the time and/or inclination to read them - all?! - you can let me know your thoughts through your feedback (known as comments) on this blog post and/or the others that I link to. Enjoy? ;)

Going backwards from the most recent in terms of controversy - wondering if I should do it the other way around as my favourite, A Matter of Degrees is listed at the very bottom - The 11th Hour of the 11th Day of the 11th Month, in part due to the title and also due to my referencing spiritual and secular references. That might struck a nerve or chord with some people. See http://xpressyouressence.blogspot.ca/2014/11/the-11th-hour-of-11th-day-of-11th-month.html.

What compelled me to write it was initially the blog prompt for that day, "If you could permanently get rid of one worry, what would it be?" as I had seen these question or one like it on Facebook once it not twice recently. Thus, I thought it a good one to address.

Fear is the opposite of love and fear is underneath the emotion of hatred may be controversial points to some. It may also be controversial due to a question I ask about war and thus purposely wrote with the theme of Remembrance Day in the background.

On Friday, September 12th I bared my soul like never before: for ME it felt controversial to post it! Entitled, LOA: Suicide, Homicide, and Me could have potentially been extremely controversial because of the two questions I pose at the end: "Was I a 'victim' of my thoughts/feelings/circumstances? How did the Law of Attraction play out in this (true life) story?" as I could have been, ahem, murdered. Yes, you did read that correctly. (http://xpressyouressence.blogspot.ca/2014/09/part-3-suicide-prevention-week.html)

Similarly, my post Self-Love: Suicide Prevention from the previous day was also somewhat soul-baring, and could have been rather controversial as well for I ask a potentially blazing question: "...are you ready to hear my lesson concerning suicide? And what I believe may be a lot of other people's lessons, primarily women (considering the culture/society we live in)?" That’s a strong statement in the form of a question! (http://www.xpressyouressence.blogspot.ca/2014/09/part-2-suicide-prevention-week.html)

Part 1: Aftermath of a Brilliant Comic’s Death: Funnyman Robin Williams could have been a potential volatile post as I discovered a comment on Facebook blasting the ALS organization. I think it had to do with appropriation or rather misappropriation of funds. Without divulging details, I suggested to my readers in a follow-up comment to do their own research: http://xpressyouressence.blogspot.ca/2014/08/part-1-aftermath-of-brilliant-comics.html

Do You See What You WANT to See? (An Enigma to Solve) was my take on a rather preposterous theory. Did I say that right? Check it out and tell me what YOU think? ;)
http://xpressyouressence.blogspot.ca/2014/07/do-you-see-what-you-want-to-see-enigma.html

Tribute to Women: (Happy?) International Women's Day could have been possibly threatening for me considering the number of hockey fans there are in Canada. I accused a local newspaper for featuring the men’s hockey team front and centre of the front and back pages when the female hockey’s team should have been splashed on them! (I'm sure I'm not the only one who thought that!)

Now I am NOT a hockey fan; however, I was so upset by this outright non-display that I wrote a letter to the editor, though I believe it did not get published. I was upset – not surprised though unfortunately – that women are still treated the same as eons ago, discounted to say the least.

I was especially angered when the theme for this year for International Women’s Day was get this: "inspiring change" that is, inspiring change for women. Such a paradox when you witness stuff like that. What else is new?! When will women become first-class citizens instead of second-class as often seems to be the case? Not surprisingly, no one touched the comment box, at least yet! ;) (http://xpressyouressence.blogspot.ca/2014/03/tribute-to-women-happy-international.html)

Last year on Remembrance Day I wrote, Part 1: Peace in Times of War where I asked a rather controversial question that I will not repeat here. Read and see if you can discover it for yourself! ;) And also controversial in that a lot of people will disagree with the concept of the law of attraction which is what I infer. I understand if you disagree to disagree as I wasn’t there at one time either! (http://xpressyouressence.blogspot.ca/2013/11/peace-in-times-of-war.html)

The Dance of Politics is a tricky post as we just had a municipal election in the Vancouver area, though thank goodness perhaps that I didn’t repost this on or before last Saturday when it was the actual day to vote! (http://xpressyouressence.blogspot.ca/2013/05/the-dance-of-politics.html)

June 12, 2012 prompted the following post, A Year Later: Canuck Jerseys for Sale in response to the second riot Vancouver had after our local hockey team lost the Stanley Cup championships again! What does this ay about ahem, certain individuals? I have to be careful what I say here...

Similarly, Aftermath of an Almost Glorious Victory was written in response to Vancouver’s first hockey riot about a year prior to the second one. When will we learn?! (http://xpressyouressence.blogspot.ca/2011/06/aftermath-of-almost-glorious-victory.html).

Contests and Competition is written with some controversial comments, including that I would love to interview President Obama if I could. Some people, no names mentioned, would take major offense to that, vehemently disagreeing and/or forbiding me to do so! (http://xpressyouressence.blogspot.ca/2011/03/contests-and-competition_09.html)

A Matter of Degrees was my earliest and I believe my favourite controversial post. My third writing and I was already brave enough to tell the world what I thought of degrees, not speaking of the weather! ;) Read here for details: http://xpressyouressence.blogspot.ca/2010/08/matter-of-degrees.html

Which post or posts did you find most controversial, and why? I would appreciate hearing from you!
Posted by elly stornebrink at 11:45 PM