Aging Gracefully or Not: That is the Question! 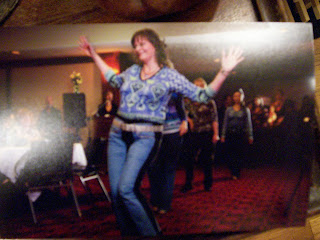 Today's NaBloPoMo's writing prompt seems rather rhetorical and strange to me, and to you? The question is, "Do you enjoy growing old or do you fight against it?"

Does anybody really enjoy getting older?! If so, I would like to meet with them to interview them! Really?! "WHAT is it about aging that YOU enjoy?," I would ask. That would probably be my first or perhaps only question! ;)

I tell you the only thing that I can think of that I enjoy about aging – and there are pros and cons to this ladies believe it or not – is the ending of the menstrual cycle. No more this, that, and the other, i.e., all that is associated with it physically, mentally emotionally, and otherwise. I need not divulge details to offend; however, my sincere apologies as I don't mean to: I'm just being honest about the question! ;)

The only thing maybe, maybe, maybe that I miss associated with that is crying more often as I don't cry enough. Yes, I realize that sounds bizarre! No, not that I don’t want something to cry about! But I can’t help it! My eyes, after all, have been rather dry lately due to the aging process (most likely), drier/warmer fluctuating temperatures from one extreme to another at times, both at home and at work, not to mention a lot of screen viewing time.

And, well, tears can be actually soothing. That is, they cleanse the eyes and one’s mental and emotional and perhaps spiritual bodies, cleansing one’s soul. I miss that!

And apparently, I didn't know this until towards the dregs of it (speaking for myself as I never had nor wanted to give birth to a baby), that a woman is actually very sensitive, i.e., intuitive (though others ways as well too), during her cycle. I didn't know that and wished I had known so, years ago. If I had, I could have monitored it and been more attuned and developed my psychic abilities.

Going on a brief tangent here, I know we all have intuitive abilities; however, some people are more in tune with or aware of them.

Ok, getting back to the question! ;) Acceptance or resistance regarding aging?

I think I am fighting aging. Can you blame me? On the one hand, I am extremely cognizant of the fact that society in general, the Western world at least, worships youthfulness and thus youth rather than seniors or elders. Interesting that the word 'wisdom keepers' just came to mind as I typed that! ;) 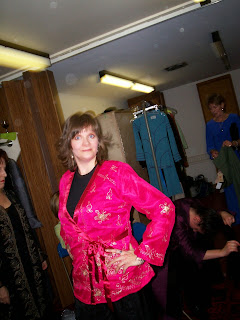 Another model pic of me

There are only a handful of people, some actors for example, who seem to age well and do so gracefully. How do they do that? But all in all, there aren’t everyday idols who worship their aging bodies with dignity. They’re far and few in between!

Supposedly Capricorns have the ability to age younger as they get older and I'm sure hoping that's true! ;) However, I have had quite a number of grey/white hairs sprouting between and underneath my now-coloured burgundy hair, previously more copper-like (?), a warm, reddish hue for the past two or so years.

A part of me is curious what I would look like with hair no longer brunette (gotten darker as I've gotten older), and yet, a part of me is not ready to face the music, face change, face the reality, the reality of aging.

And yet my body has been doing other things like putting on extra padding in places where women – myself included of course! – generally do not want it - midriff primarily and, well beyond too!

Initially, I had added extra cushioned padding and support to ward off, wait for it, potential suitors. Uh huh, you heard me right! To keep potential suitors at bay after being deeply hurt/rejected etc. the last time I was in relationship. Not that I did this purposefully; this was at unconscious and/or subconscious levels.

Some of this may also be attributed to menopause: there's that other 'men' word! LOL ;) 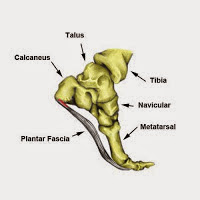 My body, currently due to factors known and/or unknown: an increase in weight or age (not an increase in exercise, at least not for me), though I think improper footwear over time has developed symptoms of plantar fasciitis, an at-times extremely painful foot condition that has grown into an annoyingly irritating issue to say the least(http://en.wikipedia.org/wiki/Plantar_fasciitis). And this is actually I believe my third such trial of pain and suffering! (See http://xpressyouressence.blogspot.ca/2012/01/pain-common-connection-with-another.html)

But rather than run rampant all over the place, let's start from head to toe, shall we? ;) The head may turn silver, grey, white or a combination thereof and/or even thinning/balding scalp. I may have a form of female pattern hair loss or balding due to hypothyroidism, a common condition unfortunately.

Hearing and/or vision loss, wrinkles and sagging skin, dropped parts of anatomy, arthritis, knee pain, arthritis, and so forth are all potential effects of the nagging process. How exciting! Not!

Would things be different if I wasn't single? Perhaps, though not 100% sure. I think it would depend if I was accepted the way I was/am with my warts and all. ;)

How do you feel about the aging process? Are you doing so gracefully? If so, please share as I would love to learn your secret(s)!
Posted by elly stornebrink at 11:00 PM