#A to Z Challenge: D is for Dancing 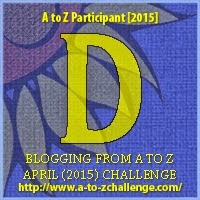 Today's 'heart things, heart strings' theme for the letter D in the A to Z challenge is Dancing. Isn't dancing delightful? ;)

I heard of dance/movement therapy (and other such therapies) in my early 20's and was fascinated by it. "Dance therapy or dance movement therapy is a form of expressive therapy, the psychotherapeutic use of movement (and dance) for treating emotional, cognitive, social, behavioural and physical conditions."

A little over a decade later, I participated in an intensive dance therapy program that lasted about a year. Though dance in this regard is utilized as an expressive therapeutic modality,

In fact, a British study demonstrated that Royal Ballet "dancers scored higher than national and international swimmers in seven out of ten areas of fitness." Furthermore, an Italian study "has shown that dance is a very good exercise for heart patients compared to other aerobic exercises like cycling. This may be partly because the patients enjoyed it much more."

One of my preferred forms of exercise is dance; however, I haven't danced lately as much as I used to. When I do though, I dance oftentimes with wild abandon surrendering to the energy and sounds (beat and rhythm) of music. Especially if the music is electronic or has a steady pulsating rhythmic beat, I might even enter into a meditative state. 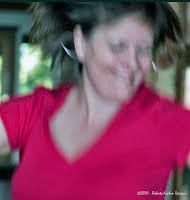 Yes, you did read that right. There are many ways to meditate and moving meditations such as walking and dancing are two such forms!

Do you enjoy dance as a form of aerobic exercise? If so, what kind(s)?

*Source of information for this post was supplied by wikipedia (http://en.wikipedia.org/wiki/Dance_and_health). Photo of me dancing by Roberto Kaplan.
Posted by elly stornebrink at 6:40 PM