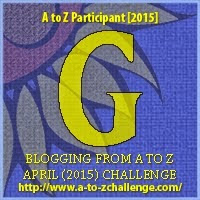 Today's 'heart things, heart strings' theme for the letter G in the A to Z challenge is ... not "Gifts" as originally intended but "Growth.".

You as an individual are either growing or dying on a mental, emotional, and spiritual level. Physically too; however, that is another story as your cells rejuvenate at different rates. Thus, your physical body is both growing and dying at the same time! (http://science.howstuffworks.com/life/cellular-microscopic/does-body-really-replace-seven-years2.htm).

Now this also pertains to our inner self, our spirit, our soul. This makes sense when you think of evolution. Human progress and move forward, striving for more, growing and developing. (I know it may not seem that way at times though!)

Let me give you an example so you can understand what I mean: if you are happy with your work and you are continuing to learn, you are growing. If not, you are most likely dying.

Do you know people who live to a ripe old age? Is it because they live their passions? I wouldn't be surprised at all if the answer was a resounding "YES!"

One person whom I think of in this regard is a local man named Dal(las) Richards, a big band leader who is 97 years old or young, depending on how you look at him. 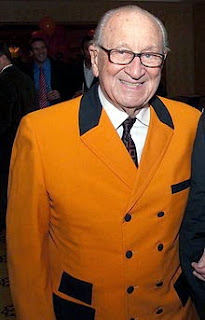 You can see him conducting and singing in his band if you copy the following link and put it in your web browser; I can't seem to copy it: https://www.flickr.com//photos/dalrichards/sets/72157639373637015/show/

According to BC (British Columbian) researchers, Dal is a "remarkable and rare, super-healthy old person, an entity researchers call Super Seniors." He is being studied as to why some people never get cancer. Apparently he is or seems to be an exception!

In fact, scientists are studying him to see what his secret is to longevity: "Life has been a stage for Richards since he was 16 and it’s the music, the performing, the adoring fans, the durable friendships with his band mates that he credits for keeping him healthy and vital."

Wouldn't you think that happiness and living your passions would have you kick around longer than most, perhaps even disease-free? ;)