#A to Z Challenge: C is for Courage 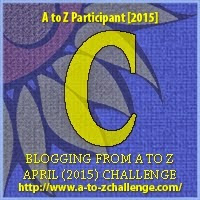 Today's 'heart things, heart strings' theme for the letter C in the A to Z challenge is Courage.

The origins of the word comes from "From Old French corage (French: courage), from Latin cor (heart) according to wiktionary." (http://en.wiktionary.org/wiki/courage)

According to one source, "In one of its earliest forms, the word courage had a very different definition than it does today. Courage originally meant 'To speak one’s mind by telling all one’s heart.' Over time, this definition has changed, and, today, courage is more synonymous with being heroic...."

Another source similarly states, "It means that we speak openly and act honestly, from the heart, about what we are feeling and what we are experiencing, good or bad."

Courage is definitely not for the faint-hearted, yet I believe it just takes practice and patience.

What comes to mind is the cowardly lion in The Wizard of Oz who receives a medal for his courage. 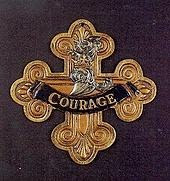 To quote Mark Twain, "Courage is not the absence of fear. It is acting in spite of it."

I have undergone a number of challenging and daunting experiential exercises that tested my utmost physical, mental, emotional, and even spiritual strength: Enlightened Warrior Training Camp and Wizard Training Camp were two such examples via Peak Potentials Training (http://www.peakpotentials.com/), a personal development company.

I was amazed at what I faced and overcame, major triumphs for me. It blew me away so much that I thought, "If I can do that, I can do anything."

What insurmountable obstacles have you overcome?
Posted by elly stornebrink at 6:20 PM