World Gratitude Day (Part 1): Fave Posts of Mine and Others 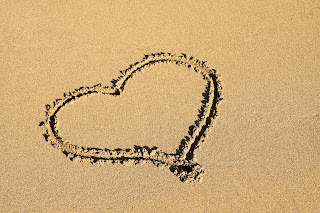 It seems that the two favoured of my blog posts I wrote this past week were the video on Frolicking Fun Friday: Painting with Fire Part 2, though Talented Thursday: Walkie-talkie You! brought in a lot of "Oh no. That's me" type of remarks. I wasn't judging anyone, only sharing information, educating others if you will.

However, I also received some rather creative captions for my picture that I posted on Wordless Wednesday: Caption Wanted. I was rather surprised and somewhat disappointed that the Michael Jackson impersonator didn't garner more views and/or comments in Tantalizing Tuesday: Child MJ Impersonator. (By the way, if anyone finds the video from 'China's Got Talent' with Canadian subtitles, please DO let me know so I can post it!) One of my shortest posts this week, "100 Words: Write to Change the World" brought more comments than I expected.

What post(s) would you most favour of mine this past week (Monday to Friday)? And why?

In terms of other blog posts I read this past week which were many, these are a few that I really liked:

Usha (as in Usha Menon) whose name I love as well as her nickname 'eccentricgrandmum' posted Haiku and Humour which I found quite amusing! :) (http://eccentricgrandmum.blogspot.ca/2014/09/carpe-diem-ghot-writer-27-haiku-and.html

Penny McDaniel again wrote a lovely post, Bee Here Now. I appreciated the creativity and colourfulness of the words and images: (http://pennymcdaniel.com/bee-here-now/#comment-1471)

Has there ever been a Mrs. B in Your Life? by Judy Yaron as she shares story with wit and humour: a delightful read (http://www.cutthecrapsolutions.com/#!Has-there-ever-been-a-Mrs-B-in-your-life/clxq/450AA109-FAC8-46DB-BED7-1419661EAA9B).

I could say this one is in a league of its own: The Creep by Vinodini Iyer as her posts are, well, read them and you'll find out! ;) (http://vinodinii.blogspot.in/2014/09/the-creep.html)

Other posts of a serious and courageous kind were Francene Stanley's - can't seem to find it - and Amy Bovaird's Climbing Mountains: My Passion - Pursuing a “Can Do” Mindset (http://amybovaird.com/pursuing-a-can-do-mindset/), the latter about her dogged determination to climb a mountain no matter what, that is, with a lack of night vision!

As today is World Gratitude Day, what are you most grateful for? For me today: blogging community of friends around the world! :)
Posted by elly stornebrink at 3:33 PM