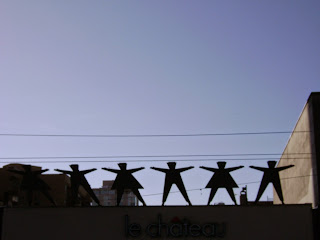 (Photo I took a few years ago of the rooftop of Le Chateau, a clothing store)

According to Canadian Mental Health Association (CMHA) Alberta (http://alberta.cmha.ca/mental_health/statistics/#.U_l5yaNGiQE), the number I guessed, that one out of five people suffer from some sort of a mental illness is correct. See more details on the link if you are interested.

To disambiguate the term ‘mental illnes’: “Mental illness is the term used to refer to a variety of mental disorders that can be diagnosed. Mental disorders are health conditions that are characterized by alternations in thinking, mood, or behavior (or some combination thereof) associated with distress and/or impaired functioning.” (CMHA Canada, http://www.cmha.ca/media/frequently-asked-questions/#.U_l6OaNGiQE.)

Here are some plain and easy-to-read facts and information about mental illness and some interesting statistics: http://www.cmha.ca/media/fast-facts-about-mental-illness/#.U_l7GqNGiQE.

I’m surprised I didn’t become a psych(iatric) nurse for several reasons, one of which I will refer to in Part 3 of this series. My first full-time job was working as a Medical Secretary for The Clarke Institute of Psychiatry in the Biopsychology department and The Human Brain Laboratory – no kidding, this is true – though the two head doctors I worked for did not see patients as they were both research scientists. Next door was the Addiction Research Foundation; it has changed names over the years.

What I want to elucidate is the fact that mental illness/depression/concurrent disorders is a real issue that should be dealt with and not swept under the carpet. Dealt with not necessarily with medication or medication only – did you know most act as a placebo and/or do not work for a number of clients? – but spoken about outrightly in society as we would Robin Williams’s death or better yet, the weather for that matter. An everyday occurrence, not with a matter-of-fact tone perhaps, but with openness and honesty, with genuine compassion and empathy.

Robin starred in the movie, Dead Poet’s Society where a student commits suicide. In Awakenings, Robin’s role is on in which he discovers that a drug is used to treat Parkinson’s disease, something which excites him. This seems rather ironic in that Robin "suffered" from both.

Further irony is fueled due to the name of the song and implied suicide scene is Bobby McFerrin’s popular video of his famous a capella hit song in 1988, "Don’t Worry, Be Happy" in which Robin Williams appears as several happy characters a number of times:

I’m curious, if Western society (not sure about the rest of the world) were more comfortable in speaking more publicly about death and suicide, could we, would we avoid or rather prevent suicidal deaths from occurring?

What do you think?
Posted by elly stornebrink at 6:12 PM