LOA: Suicide, Homicide, and Me 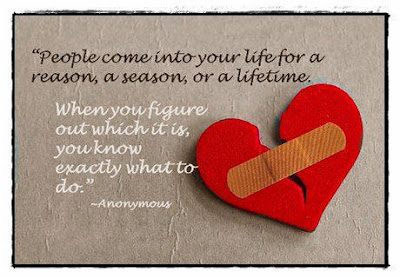 According to the World Health Organization (WHO), approx- imately one million people - that's 1,000,000 - around the world commit suicide yearly or every 40 seconds, more than that of homicide and war combined: astounding! Furthermore, they expect that the rate will increase to every 20 seconds by the year 2020: unbelieveable!

Those are definitely sad statistics! I could have been one of them if my intent to self-harm was strong enough. (Read the last two postings for details.) I'm grateful I never did in the end. (Is that a pun?!)

However, before I started believing in myself (even remotely), an incident - condensed version - occurred that would eventually change my life.

Long story short(er), I attracted not one, but two men who were willing, able, and capable of killing me and almost did. Luckily I escaped both times unharmed, at least physically.

The first time, in my early 20's, was in relationship with an alcoholic (though I didn't know that till towards the end of or after our relationship ended) who was obsessive in that no one else could "have me." I think he felt he "owned" me as if I was his property.

If you ever come to know this about your relationship or that of another person, take my advice and run, don't walk, to the nearest exit (i.e., out of the relationship). Those are the one of the most dangerous types of men.

My boyfriend was a Dr. Jekyll and Mr. Hyde personality (based on a character in a novel by Robert Louis Stevenson) about a split personality now known as 'dissociative identity disorder.' He could be friendly, charming, sweet and kind one moment, and full of fury with explosive anger or rather rage, the next. Definitely scary to be around! I repeat: AVOID at all cost! This is a warning!

One night - middle of the night or very early in the morning - I awoke with a fright to, I believe if I recall correctly, someone calling my name and/or a sound and/or knock at my balcony. I lived on the fifth or sixth floor if I recall correctly. He had somehow climbed (to my amazement) to my floor level.

When I opened the balcony door, he was intoxicated, angrily cursing and shouting at me. Shortly thereafter, he had a kitchen knife at my throat. (Oh yeah, I'm not kidding you!) A short while later, he attempted to either suffocate me with a towel/washcloth from the linen closet or strangle me - I wasn't sure which and I wasn't sure about to find out as I somehow escaped, ran to my friend's apartment on another floor or did I run to the superintendent? Was I ever terrified: I thought that was the end of me.

It was miraculous that I survived uninjured. I truly do not know how or remember how I escaped. Just typing this brings up visceral sensations in my body. The body always remembers...there is such a thing as cellular memory: "a variation of body memory, the pseudoscientific hypothesis that memories can be stored in individual cells" (as per Wikipedia, http://en.wikipedia.org/wiki/Cellular_memory

And despite that particular incident, I didn't learn my lesson the first time round so the pattern repeated almost 10 years later. This time I attracted an obsessive personality from a particular patriarchal culture...think possessive.

This boyfriend similarly could be charming - since then I do not trust 'charmers' - and was pleasant and easy-going for the most part. However, one time he wanted to have intercourse with me. I refused as I didn't want to with him. So he started throwing me around slamming me against a wall at least once. And then, all of a sudden in one instant, he grabbed me, threw me onto his bed, and started choking me, strangling me with his bare hands.

By fluke, out of nowhere, I remembered that I had chocolate in my pocket and that it was a hot day. I can't believe I was able to even think straight in that moment! I stuck my right hand in my short's pocket - it's funny now when I think of this - and put my hand smothered with melted chocolate up to his face which was pretty close to mine. He let go and I ran off. I'm surprised he didn't lick my hands! ;)

Ok, you have to make fun of something like that after it happens as it's too serious and traumatic an incident.

Though I have since forgiven both men in my heart, not instantly but I did in time - feeling butterflies in my stomach as I'm writing this for the first time. Interesting that the hardest person to forgive was myself.

It was a few years later when I realized with sudden clarity what had happened and why. Read yesterday's post where I answer that. ;)

Was I a 'victim' of my thoughts/feelings/circumstances? How did the Law of Attraction play out in this (true life) story?
Posted by elly stornebrink at 5:55 PM