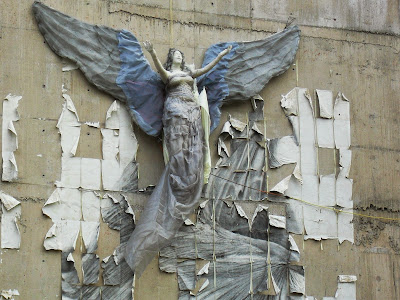 Photo I took of a 3D sculpture on the wall opposite Army & Navy Department Store on East Hastings Street (also known as 'the Downtown Eastside (DTES)' or the poorest neighbourhood in Canada in Vancouver, BC. (I actually wrote an inspired piece, Beauty in the DTES based on that image: http://xpressyouressence.blogspot.ca/2011/01/beauty-in-dtes.html)

Did you know that survivors of suicide have an increased risk of suicide, whether the loss is a family member or friend or even a celebrity such as Robin Williams?

I discovered this due to an online training program I participated in at work, offered by Relias Academy (http://www.reliaslearning.com/). As part of World Suicide Prevention Day and also Suicide Prevention Week, there are specific courses, namely "Suicide Assessment and Treatment" which I completed yesterday and "Suicide Screening and Risk Factors" which I finished today (http://academy.reliaslearning.com/).

Both courses had some rather interesting facts on a topic society generally avoids. My recent blog posts on mental health in follow-up to Robin William's suicide beginning with my posting on August 24th of this year (http://xpressyouressence.blogspot.ca/2014/08/part-1-aftermath-of-brilliant-comics.html) attest to this avoidance, indicated by the follow-up comments I received - thanks to those of you who did - and also to the no comments on my direct postings on suicide: "Taboo Topic: Part 2 - Who are You(th)...to be Alive?!" on February 23rd (http://xpressyouressence.blogspot.ca/2014/02/taboo-topic-part-2-who-are-youth-to-be.html).

The courses refer to the difference and the connection between 'suicidal desire,' 'intent,' and 'capability.'

From my own experience, I had suffered from suicidal desire most of my life until about the time I accepted my dead twin sister's death (see "Part 3: In a Funk - Blue since Birth?!" on August 25th of last year, http://xpressyouressence.blogspot.ca/2013/08/part-3-in-funk-blue-since-birth.html); however, I have also since then a few times as well, especially one Christmas a few years ago (without going into details for confidentiality's sake), and when feeling incredibly alone with no one to talk to after moving to Vancouver, BC from Toronto, Ontario.

Though I have, as mentioned above, had suicidal ideation as many other folk - it's more common than you might think - I never made plans or preparations to do myself in. Thus, I have never intended to actually commit suicide.

Having a support system is really important, even if it's just one person to talk to and confide in. I learned that valuable lesson after feeling the depth of despair months after moving here.

Another potential lifesaver is having a sense of purpose, though this is probably a remote possibility for someone contemplating suicide as they experience a tunnel vision of their life. This is only one possible factor of several that could deter someone from committing suicide; see the link sites above.

I have several stories I could relate here, but prefer to keep this blog post short(er). One might leave you in shock, thus "Word-less" Wednesday would have been very apropro. However, I will consider whether to share this week or in the following one or two weeks.

Let me ponder in the meantime while I await your comments/feedback on the above and/or this question: Have you every contemplated suicide and/or do you know anyone who has?
Posted by elly stornebrink at 7:17 PM