The Poet in You, Yes YOU! 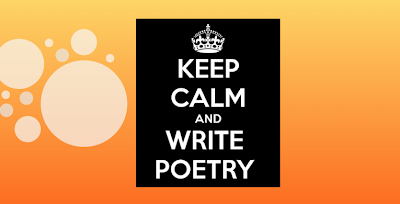 Yesterday, I shared some spontaneous, albeit not my best poetry, and was starting to analyze and/or define it. I thought that I would save for this blog as there are variations of poems as there are poets.

Here are some I am familiar with: 'mystic poetry' (not sure the exact name though I assume this is the closest to describing poetry) from the likes of Rumi and Hafiz, former 'Middle Eastern' poets (http://en.wikipedia.org/wiki/Middle_East):

Tender words we spoke
to one another
are sealed
in the secret vaults of heaven.
One day like rain,
they will fall to earth
and grow green
all over the world
- Rumi

Haiku, a short and unique style of poetry that changed over time was born in Japan (http://en.wikipedia.org/wiki/Haiku_in_English). I prefer this simpler interpretation better (http://www.wikihow.com/Write-a-Haiku-Poem). It features three lines, the first with five syllables, the second with seven, and the third with five. It is often on the theme of nature.

I have attempted haiku though it is a challenge for me. Here is one I just wrote:

Or how about this one I also wrote as part of this posting:

There's that word "delights" again! Must like it as I also used it in yesterday's spontaneous poem.

Limericks originated in England - I thought Ireland! - with five lines: Lines 1, 2, and 5 have eight syllables and rhyme, and Lines 3 and 4 have five syllables rhyme (as in A, A, B, B, A). They are usually nonsensical and silly. The following limerick, a great example of its structure, won an Irish 'Listowel Writers Week' prize in 1998 (http://en.wikipedia.org/wiki/Limerick_%28poetry%29):


Writing a Limerick's absurd,
Line one and line five rhyme in word,
And just as you've reckoned
They rhyme with the second;
The fourth line must rhyme with the third.

And then the prose poem was birthed in 19th century France and Germany; a combination of both prose and poem (http://en.wikipedia.org/wiki/Poem.) Rainer Maria Rilke is a prose writer as well as Hans Christian Andersen, even Edgar Allan Poe!

My favourite prose poem or one of them is The Invitation by Oriah Mountain Dreamer. I am only listing the link http://www.oriahmountaindreamer.com/ for brevity's sake: see left-hand side of her website. (You may need to use control plus the button on your mouse pad to enlarge it!)

Here is my take on prose poetry, an excerpt of one I wrote in Grade 9. Yep, I'm proud of that piece of writing as I received an A+ on it!


"...The leaves murmur among themselves, bravely preparing for the coming of winter..." And a little further on I continue, "The melancholy trees moan and mourn for the loss of their leaves ... The trees shiver from the cold as they are unprotected ..."

But what is the definition of a "poem" in the first place. According to google - where else would you suggest I go? Please tell me and I'm serious about that - this is their definition: "a piece of writing that partakes of the nature of both speech and song that is nearly always rhythmical, usually metaphorical, and often exhibits such formal elements as meter, rhyme, and stanzaic structure. Synonyms: verse, rhyme, piece of poetry, song ... something that arouses strong emotions because of its beauty."

I wonder about that I have come across some - hopefully not mine - that do not necessarily evoke strong emotions or rhymes or is rhythmic for that matter.

According to wikipedia (http://en.wikipedia.org/wiki/Poetry), "Poetry is a form of literature that uses aesthetic and rhythmic qualities of language - such as phonaesthetics, sound symbolism, and metre - to evoke meanings in addition to, or in place of, the prosaic ostensible meaning." Well, that's a poetic mouthful. I'll let you figure out that in plain English! ;)

To be continued, with some unusual videos. ;)

What is your take on poetry? If you were a poet, would you wear any of the above-mentioned styles on your sleeve or heartstrings? If not, what is your style?
Posted by elly stornebrink at 11:44 PM