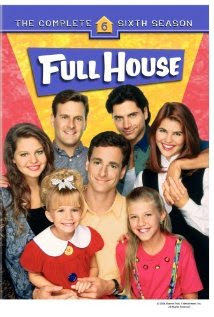 Poetic license refers to "the freedom to depart from the facts of a matter or from the conventional rules of language when speaking or writing in order to create an effect." (definition by Google)

This is what I was referring to in yesterday's post in terms of my thinking of a one-liner being called a 'poem.' Furthermore, I implied this in my responses to people who commented on that particular posting. Thank you, by the way, to those of you who did so and those of you who do! (I truly appreciate that as sometimes it feels like a lonely iceberg I'm sitting on!)

Now to continue on today's topic, referring to the above towards the end of this post -

In follow-up to yesterday's theme, there are also other forms of poetry which I am not as familiar with, having never written them:

Sonnets originated in Italy, though were popular in England with William Shakespeare having penned quite a number of them. Shakespearean sonnets are characterized by 14 lines in iambic pentameter, with the pattern of ABAB CDCD EFEF GG: Watch this short video (from https://www.youtube.com/watch?v=v0aAWuUX5jU) to understand what this means before you read the sonnet below. It is rather intriguing and hope you find it the same:

Here is an example of a popular Shakespeare's sonnet: http://en.wikipedia.org/wiki/Sonnet


Shall I compare thee to a summer's day?
Thou art more lovely and more temperate:
Rough winds do shake the darling buds of May,
And summer's lease hath all too short a date:
Sometime too hot the eye of heaven shines,
And often is his gold complexion dimm'd;
And every fair from fair sometime declines,
By chance or nature's changing course untrimm'd;
But thy eternal summer shall not fade
Nor lose possession of that fair thou owest;
Nor shall Death brag thou wander'st in his shade,
When in eternal lines to time thou growest:
So long as men can breathe or eyes can see,
So long lives this, and this gives life to thee.- Shakespeare

Check this out for a better understanding according to one source: http://www.shakespeare-online.com/sonnets/18detail.html.

The ballad which is actually a story accompanied by music (http://en.wikipedia.org/wiki/Ballad). I find it amusing that initially I couldn't think of any, and then all of a sudden I hear a tad of music in my head. I vaguely remembered the word "Fitzgerald" which led to this video featuring a well-known ballad, at least in my part of the world:

And saving the best for last, at least in my opinion. Drum roll please...

The next type of poem is one I was considering taking a workshop on earlier this year and wished I had. The night I pondered this thought, slam poetry streamed through my consciousness, though only in my brain. No written words, no spoken words, not even a microphone to record: DARN!

Slam poetry came on the scene in the 1980's and became popular in the late 1990's (http://en.wikipedia.org/wiki/Poetry_slam). This next video is a pleasant surprise as I didn't know that this person performed slam poetry. Here is a delightful and funny rendition by Tom Hanks, an American actor, on the TV sitcom series, Full House:

And next, I just found this, Shane Koyczan, featured during the 2010 Winter Olympic Games - We Are More - in downtown Vancouver, British Columbia:

In terms of the types of poems I mentioned today and yesterday, are you (more of) a romantic at heart who appreciates the rhythm and rhyme of sonnets? A singer who loves a good story? A rapper who has a lot to say and get off their chest? Do you identify more with the left- and right-brain challenge of a short haiku or a slightly longer limerick? Or do you prefer the spiritual soothing words in mystic poetry? Maybe you're even undecided and thus enjoy writing in combination with both prose and poetry?

So, using what we learned about styles and definitions of poetry yesterday and today, what poetic license - definition on top of this posting - can you create with the form of poetry that most tugs at your heart strings, calling you to style your own poem, whether by ink or not. ;)
Posted by elly stornebrink at 11:40 PM