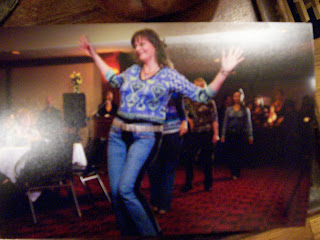 Ok, it's almost 9:45 pm, I finished a one-and-a-half-hour phone interview (related to a potential blog post), and follow-up email, and now it's time for my daily blog post. So I'm going to keep this one short!

Since my spiritual awakening over 20 years ago, I have spontaneously become familiar with quite a number of alternative healing modalities. (See post, December 29, 2012 for details, http://xpressyouressence.blogspot.ca/2012/12/well-i-did-it-again-i-cant-believe-it.html)

The first modality which I received and experienced was that of Reiki, a Japanese form of healing, hands-on-healing to be precise. The process involves transferring universal (life) energy known as Reiki in the form of 'ki' in Japanese, 'qi' or 'chi' in Chinese through the palms. Check out the various meanings here: http://en.wikipedia.org/wiki/Qi.

If that seems familiar to some of you, it may be because you recognize them - energy points (known also as 'chakras') - on Jesus' hands and feet; http://en.wikipedia.org/wiki/Chakra. If that freaks (or 'weirds') you out, think of it this way: Jesus Christ and Mother Mary, for example, religious figures were depicted with a circular ring of light around their heads. That is called an "aura" which is essentially a representation of energy (to put it very simply), more commonly known as and referred to in religious iconography as a halo (http://en.wikipedia.org/wiki/Halo_%28religious_iconography%29).

Secondly, I recall that Jesus had declared that we as humans could perform miracles such as he did and even more. Here is an one such passage: "Truly I tell you, if you have faith as small as a mustard seed, you can say to this mountain, 'Move from here to there,' and it will move. Nothing will be impossible for you." (Matthew 17:20)

Though I had wanted to learn Reiki years ago after I experienced it, it wasn't until about two years ago that I finally took Level 1 training.

I sometimes use this - for myself only thus far - usually if I awake with pain or go to sleep in pain such as when I experience a headache or tummy ache: it's very effective and can be/feel soothing and comforting.

Do you belief in the power of self-healing? Do you believe you can use healing modalities on yourself?
Posted by elly stornebrink at 11:55 PM