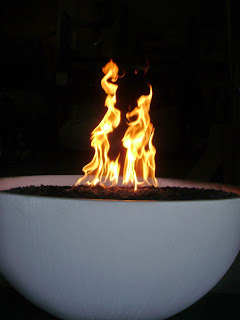 Photo I took, courtesy of Solus Decor (http://www.solusdecor.com/) in Vancouver, BC.

There is a practice in yoga known as “trataka,” Sanskrit (ancient East Indian language) meaning “to look or to gaze.” It is the practice of gazing at a still, external object as a form of meditation; see benefits below.

The meaning of the term “yoga” is “union of the body, mind, and spirit.” Trataka is a yoga technique that can increase concentration, strengthen the eyes, and stimulate the ajna chakra located on the forehead between our two physical eyes. Ajna is known in English as the “third eye” or known as “mind’s eye” as well as the “inner eye” as it represents the visual, intuitive, and psychic centre of our perceptions. This is where memories are stored, imagination starts, and dreams are perceived. Our physical eyes see our present reality, whereas the third eye reveals the future by offering us glimpses and insight.

Moons that are full, crescent, or super in size can be the object of your gaze. Other possibilities include a candle flame (which is commonly used), water on a still lake, the sun (rising or setting), a symbol, a flower, a tree, a star in the sky, a small object such as a crystal, even the tip of your nose. The key is that the object should be still, not wavering. It is best to tune out other objects as much as possible, thus turn lights down or off if necessary.

There are many benefits to this practice: trataka not only increases concentration and memory, it can also improve eyesight and heal the eyes (supposedly curing some eye diseases), reduce lethargy, develop deeper sleep, and develop psychic powers such as telepathy, psychic healing, and clairvoyance. It can also be utilized to gain knowledge of particular events, even the detection of thieves and the like, finding lost persons. This is confirmed by various yoga literature.

Here is an illustration you can practice with (http://www.swamij.com/trataka.htm):

The first step is to stare at the symbol or object, paying attention to each thought and feeling as they come and let them go, in order for the mind to fully concentrate on the symbol or object. Once the eyes being to water, the eyes are closed in a relaxed state.
The second step is to stare at the symbol or object and this time, after the eyes are closed when they begin to water, the person concentrates with their mind’s eye on the after-image as long as possible, imagining it in the eyebrow centre. It is ideal to repeat this exercise a few times, and if you wish add a mantra (silent is fine) such as ‘OM.’ End by splashing the eyes with cold water and stretching.

If you gaze at the moon, you will see only the bright moon on a black background. Keep the eyes open until you begin to feel them start to water. The watering signifies cleansing taking place in both your physical eyes and your inner vision. Keep gazing. At times, your vision may shift as to see light all around you, the moon may become several moons or even disappear from your view. Do not strain too long, generally after a few tears, go ahead and close your eyes and continue to stare at the reverse image of the moon or other object now found in the blackened space behind your closed eyes.

At first, this reverse image may only last a few moments, but over time you will increase your ability to see this image longer and longer. This is when the real practice starts.

Continue the practice from 5-15 minutes, starting with less time, building up to more. Perhaps your first time you will only do one or two rounds of outer and inner trataka. Eventually you may do as many as 10 rounds. Ten to fifteen minutes trataka without the least blinking of the eyes will start inducing some mystical experiences.

Check out Stasia Bliss’s article to see what happens when practicing trataka (http://guardianlv.com/2013/06/super-moon-gazing-induces-superman-like-qualities/). Also read her article if you wish to see how this practice can be used to benefit your dreams.

NB: I am posting some suggestions/advice about this practice in the comments below - this posting is becoming rather lengthy - or read the above link. Please be advised that this blog posting is for your information only. If you practice it, do so safely; read comments below. You are responsible for your own actions.

Do you see any image(s) in the photo above of the fire pit flames? I do! Tell me and I'll tell you what I see. ;)
Posted by elly stornebrink at 11:55 PM