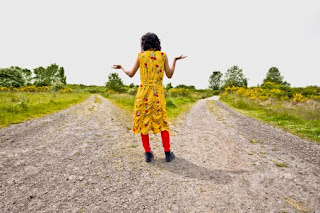 Today's NaBloPoMo post is as follows, "Do you make up your mind, or do you think making up our minds is outside our control?"

I admit that I am not the best person when it comes to decision-making. The reason or rather reasons why? -

Firstly, I have the ability to see both sides of a situation. I was born a middle child and I believe that role has allowed me the advantage of not only seeing, but also understanding a situation.

When my parents argued for instance, sometimes about me, my Dad would defend me and my Mom would tell my father that he was wrong. I knew my mother was right, though I think she thought I was on my father's side. However, I could see that they were both right in their own way.

I've had this perspective all my life and though at times it can serve me well, other times it seems like a stumbling block.

Secondly, I am the type of person who prefers to take advantage of opportunities that come my way. This can make decision-making easy if it is a once-in-a-lifetime opportunity I am faced with. If so, that is the decision I usually go for.

Thirdly, I am also prone to wanting to do everything! I have varied interests and I love to learn, so sometimes this may prove to be challenging when it comes to decisions. When faced with a choice, it can be challenging to choose as I want the outcome of both decisions!

Sometimes I make a list of pros and cons. Seeing and weighing my options helps to facilitate the process.

I believe we can make (up) our own minds. It is just a matter of choosing! Left OR right? Not both! 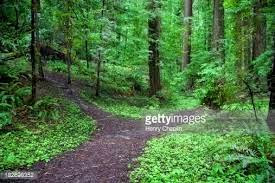 That reminds me of one of my favourite poems, "The Road Not Taken" by Robert Frost which I think illustrates the concept of decision-making very well. You are probably already familiar with it.

The Road Not Taken

Two roads diverged in a yellow wood,
And sorry I could not travel both
And be one traveler, long I stood
And looked down one as far as I could
To where it bent in the undergrowth;

Then took the other, as just as fair
And having perhaps the better claim,
Because it was grassy and wanted wear;
Though as for that the passing there
Had worn them really about the same,

And both that morning equally lay
In leaves no step had trodden black.
Oh, I kept the first for another day!
Yet knowing how way leads on to way,
I doubted if I should ever come back.

I shall be telling this with a sigh
Somewhere ages and ages hence:
Two roads diverged in a wood, and I —
I took the one less traveled by,
And that has made all the difference.


How do you face decisions? Do you have any tips for helping you make them?
Posted by elly stornebrink at 6:37 PM