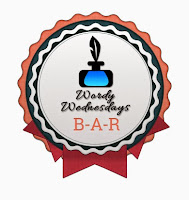 How could she not when her playmate was her beloved father whom she adored and worshipped. He was her idol, one whom she trusted and admired with all her heart. Her mother died while she was quite young and her father chose to raise his little girl by himself.

As time continued, the stirrings in her heart remained and yet it also changed. Though it wasn't spoken of as yet, the desire to do something great and be someone admired and respected like her father dawned upon her.

She decided she wanted to leave a mark, her mark in the world. It was her footprints which she left behind that mattered the most to her in her life.
Posted by elly stornebrink at 11:52 PM