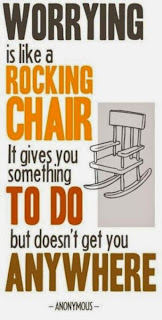 This was my immediate reaction to the news article with BBC (British Broadcasting Corporation) having made a documentary about this crime against a woman (http://www.msn.com/en-ca/news/world/delhi-bus-rapist-blames-dead-victim-for-attack-because-girls-are-responsible-for-rape/ar-BBi8EL7?ocid=mailsignoutmd).

My original post had some strong and sensitive languaging disguised as swear words to emphasize the extent of my anger. I did that on purpose for two reasons: (1) because that was my genuine feeling and reaction and (2) I felt that this was such an important and deep cause that it felt like the 'right' thing to do, perhaps in part to elicit corresponding emotions/reactions in others.

I was extremely angry upon hearing this as I am by all injustices whether people, animals, or the environment.

What century do we live in for God's sake?! I can't believe this! This is so appalling and I am SO mad!

When can women roam the streets at night in peace ... really after 9 pm? These excuses are lame ... teach HER a lesson? Are you out of your mind?! Oh I am so bloody mad ... I can't believe this! I not only feel angry, mad, pissed off, but furious!

First of all Mister, girls, women, females do NOT ever ever ever ever - get the point?! - "ask for rape" or rather "ask to be raped." Hell NO! You have got to be kidding me? Are you CRAZY?! (Don't answer that 'cause the answer is so blatantly obvious, at least to me!)

The woman's murder was "an accident?!" Excuse me?! Pardon me?! Did I read that right?! Oh you only meant to rape her? Not leave her for dead? Holy moley! Again, who are YOU kidding!

Oh pardon me sir (can't even call you that!), I am here to inform you: "Your wife is no longer. It was an accident by some men." How would YOU feel if you were told that? Oh let me guess, you don't have a wife!

And let me guess, you also have a double standard for men and women, or rather men and 'girls' (a form of belittling us females, in my opinion at least) - "A decent girl won't roam around at nine o'clock at night." I bet the men are allowed out at night, but females need to be caged up inside their homes, maybe even locked inside (by the sounds of it)!

"A girl is far more responsible for rape than a boy. Boys and girls are not equal" you say? 'Girls' as you probably name all 'women' are NEVER responsible, do you HEAR me?! We don't ask for it and neither do we want it.

And since when are boys and girls not equal? God created us both equally in terms of a social standing. However, I see that you skew this point only because their brains and bodies differ. 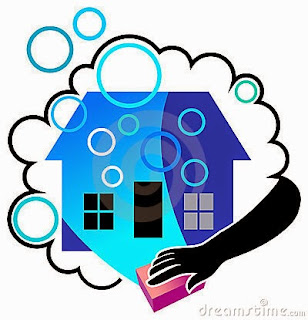 You further state, "Housework and housekeeping is for girls, not roaming in discos and bars at night doing wrong things, wearing wrong clothes." Oh excuse me! Get rid of the archaic (patriarchal?) system that 'rules' women, puts them down, makes them feel inferior, useless, and worthless like ants or fleas!

And what is wrong with dancing and having a good time socializing with friends? Yes, maybe she sweats from dancing in a crowded disco so dresses a bit lighter and cooler.

However, if you are turned on and it bothers you there are always choices and options other than rape. I can think of a few, so why can't you?

"About 20 per cent of girls are good." Really?! Where on earth did you get that information, that statistic from? Are you projecting (what may be the case for men) onto 'girls?'

Being attacked with hands let alone metal bars is inhumane, even for animals God forbid! You should be disgusted and ashamed of yourself!

I saw a pre-movie (a short clip before an actual movie) once that made me cringe and I should have left the theatre. It depicted, rather insinuated the rape of a young (Asian) girl ... just writing those words is horrific. I was shocked and sickened by it.

I could not fathom how anyone can make such a movie. Yet this happens in real life way too often, including India. It is a crime against humanity, children, innocence, and our future.

The Delhi bus driver who didn't participate in the attack had suggested to BBC in an interview - did he or does he feel like a hero being interviewed I wonder - that the rape was a way to teach this young woman "a lesson." Really?! Should YOU be taught a lesson in such an undignified and cruel manner?

And apparently she was supposed to just surrender, NOT "resisting her attackers." What the hell?! Instead, "She should just be silent and allow the rape. Then they'd have dropped her off after doing her and only hit the boy." ... I cannot believe what goes on in your pea-sized brain! You have got to be kidding me?

Furthermore, the driver stated that future rape victims would likely be killed by the execution of him and the others who were convicted of this crime. Are you trying to get off from being killed?

Oh, and to make matters worse, he also declares that "in front of my entire family, I would put petrol on her and set her alight" if his sister or daughter - oh he is married?! - "disgraced herself" if seen with a man. I am so appalled, I can't believe your thinking! Let me guess, men can get away with murder though if the roles were reversed ... and please don't say anything. I KNOW the answer! 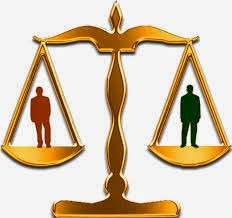 The defence lawyer further adds fuel to the fire by saying, "In our society, we never allow our girls to come out from the house after 6.30 or 7.30 or 8.30 in the evening with any unknown person." Why? Because you are caring and protective of them? Or are your motives more controlling in nature?

He continues, "You are talking about man and woman as friends. Sorry, that doesn't have any place in our society. We have the best culture. In our culture, there is no place for a woman."

WHAT?! Men and women cannot be friends?! Whoa! The "best culture"? I do NOT think so, not after those statements! And "no place for a woman?" WHAT??????!!!! You have got to be joking! You wouldn't be around if it wasn't for a woman, and ... well, use your imagination to fill in the blank!

OMG, I think I'm going to faint. I can't believe you said (all) that! Am I to kill myself because I am a woman? 'Cause I'm not meant to be here, to live? Oh, let me guess, you'd rather do it to me or for me, kill me off that is. You have no use of me. Oh, but then who is going to do the housework?

The mother of her dead daughter states, "Whenever there's a crime, the girl is blamed, ‘She should not go out. She shouldn't roam around so late or wear such clothes.' It's the boys who should be accused and asked why they do this."

Yep, she's right. The boys are the ones who attack(ed). They should be the ones in question, NOT the "girl!" However, I disagree with questioning men as to why: there will only be rationalizations and justifications. There is NEVER any reason to commit such a crime.

I am not (normally) one for a heinous punishment, but truly in this case I wonder. Would it be best that a man gets castrated for this crime? Death seems an easy way out even if by execution. A quick death. I think pain is more punishing in terms of suffering.

On the other hand, I'm not God and I imagine the men involved will suffer the consequences karmically. (A post to follow next week about this with a totally different slant.)

Rather than asking you to take sides of my severe punishment - definitely not! - I would instead at this time like to ask you a question: What can WE individually and as a society do to STOP rape and other heinous crimes against females? Pray tell me. Tell us ... those others who read and comment.

And men don't get me wrong. I know there are a lot of good men out there as well. I am referring to this particular type of crime, though I have written about others in a couple of previous posts. (Just do a word search on my blog.)
Posted by elly stornebrink at 7:19 AM