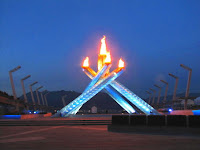 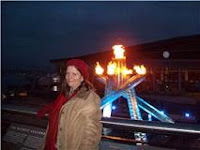 In my previous posting on the aftermath of the riot which I felt compelled to write (and did so extremely quickly), I wrote in part that in order to find peace, we must be peace. Likewise, that the reflection of our inner world is reflected in our outer world and vice versa. What does that say about us and the Vancouver riot that occurred two weeks ago? I know this might sound quite controversial, but I am speaking on a spiritual level.

What I didn’t mention previously is this: we all have a dark side. We all have the ability to love and to hate, to love and to kill. Love and fear are supposedly opposites. although most people think that love and hate are. Regardless, though these are extremes, I’m saying that every human being has the potential to express both, to the same degree.

You see, the dark side is still an aspect of your soul and if you resist it, it will eventually catch up with you. There’s a saying, "what you resist, persists.”

Similarly, what you resist is what you repress, denounce, avoid, deny. Example: you might not admit or even know that you’re a rageaholic, a term the author John Bradshaw used to describe himself in past. Furthermore, you may be an alcoholic portraying all the classic symptoms and be a violent one at that! Then you hit bottom.

Your hitting bottom may be experienced as the ‘dark night of the soul’ that Thomas Moore and others write about.

I have experienced this dark night, rather dark nights of the soul, an arduous journey that I so desperately wanted to run away and hide from, but it was too deep, way too deep for me to even climb out of it. It felt like an abyss, so dismal and dark.

This experience is not for the faint of heart and is certainly not a fun place to be in or live from. I don’t recommend it. However, it may be a necessary obstacle to overcome in order to balance amd assimilate our light(er) side, and come to terms with ourselves, both the light and the dark, these polar aspects of our soul.

Think of the light side as your essence, your true essence. Some of you may have questioned – I did! – after my posting on the riot’s aftermath – what has this (riot) to do with ‘expressing your essence?’ (as that is currently part of my blog name, albeit I’m considering changing it). Good question! I’m glad you asked! ; )

Well, it is about that which I just wrote. And it is also about the importance of expressing your essence, in this case your emotions – so-called ‘good’ and ‘bad’ (as there’s really no such thing, that’s just human labeling) in a healthy way. If all the rioters, whether ‘die-hard’ hockey fans expressed their anger/frustrations in a ‘positive’ or healthy way, the riot would never have taken place.

Now I don’t know about you, but I have at times expressed my frustrations and anger in a not-always healthy and/or liked manner by the general public (i.e., those who were effected), and thus have asked the question: HOW does one express their anger and frustrations in a healthy way? Well again, thanks for asking! ; )

This is probably what drew me, in part, to study the expressive arts, perhaps on an unconscious or subconscious level.

Expressive arts therapy is a form of (psycho)therapy – I personally don’t care for that term – but it is – using Wikipedia as my source and perhaps a better explanation and more succinct than my own definition – described as follows: “Expressive therapy, also known as expressive arts therapy or creative arts therapy, is the use of the creative arts as a form of therapy. Unlike traditional art expressions, the process of creation is emphasized rather than the final product. Expressive therapy is predicated on the assumption that people can heal through use of imagination and the various forms of creative expression.”

The creative forms I studied included the visual arts (primarily painting), sound, movement, clowning, psychodrama, mask making, clay, poetry, and fairytales. Through these various mediums, I was able to at times channel my energy including anger and frustration. (Groups always trigger emotions!)

I learned to express these emotions in a healthy way that is considered acceptable to society, i.e., harmless. Now I know I may be a bit of a rebel at times (not in a bad way per se, more like playing devil’s advocate), but there comes a point when I need to be reasonable and follow the guidelines of acceptability, aka conformity, for a host of reasons. (You’ll understand more when I write about this topic in future. It relates to what I believe my purpose is.)

There are numerous ways to express yourself not limited to the (art) modalities I mentioned above: you can exercise, play sports, vent/shout/swear/scream (sometimes preferably in a pillow or something or else someone may either call 911 and/or think you’re crazy unfortunately), and the like.

But what about before a situation or temper gets out of control? What about curbing anger and frustration in the first place? Any way to express yourself healthily can be a great outlet in letting off steam. Such ways may include playing a musical instrument, singing, meditating, yoga, walking/hiking and the like in nature, and talking things out with someone you love and/or the person(s) you are having challenges with in a respectful manner. Blab if need be instead of blowing up. Get things in control before they become out of control, right?!

And accept yourself just the way you are with both your ‘good’ and ‘bad’ sides. However, focus on the light, your light, and let that light shine, your light shine like the song" "This little light of mine, I’m gonna let it shine..."

p.s. Photo on the right is courtesy of Ray Van Eng (www.vancouver21.com). The one at the far right with me in it is the only one I seemed to have as I apparently misplaced (deleted?) some beautiful close-up photos that I had taken of the lit Olympic cauldron from above. When I saw it (lit at night) the song, "This Little Light of Mine" came to mind. Something of beauty, of remembering my light came to mind when I saw its majestic beauty and I was in awe of this.
Posted by elly stornebrink at 4:56 PM