Wordy Wednesday: Everyone is Self-centered 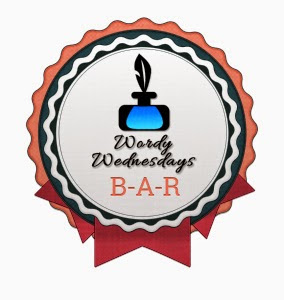 Here is a more challenging prompt thanks to B-A-R (Blog-A-Rhythm) member and blogger Shilpa Garg (http://shilpaagarg.com/), whose sentence prompt for today is "Everyone is self-centered; it's just the radius that differs.."

Radius on the other hand is "a straight line from the center to the circumference of a circle or sphere," definitions of both courtesy of google.

"...And so it was that they lived their secret lives in the shadows of silence." (from previous Wordy Wednesday prompt)

Suzette was enjoying her rendezvous with Jean-Pierre, but something seemed a little off on this particular day.

Was it that the rose-coloured glasses of their three-and-a-half-month relationship came off her nose? Did she now see her "love" differently? Were the expectations that she had projected onto him come to an end in her mind?

Whatever the reason(s), she noticed Jean-Pierre in a different light. That is, he seemed to be fussing about in the bathroom for what seemed like such a loooooooooooong time. She realized this was actually a pattern of his behaviour that she had dismissed prior. What on earth was he up to? What could he be doing? He seemed so quiet.

Suzy finally could take it no longer, her impatience and budding anger growing by the minute. Without knocking on the door, it was partially ajar anyway, she peered into an unapologetic scene.

What?! No wonder! Jean-Pierre was taking pictures of his biceps and chest, his recently acquired muscular frame from having worked out at his local gym since having met Suzette. Now she knew she had her moments, but this?! Really!

She knew then this truth: Everyone is self-centered; it's just the radius that differs.
Posted by elly stornebrink at 12:00 AM