Reactions to Oxford Trafficking and Rape 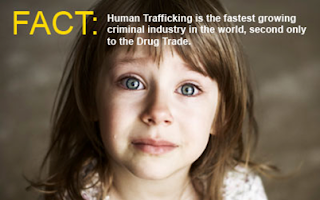 On Tuesday March 3rd, two blog posts ago, I wrote about my response to this sad and shocking piece of news - "Reactions to Delhi Bus Rapist Interview" (http://xpressyouressence.blogspot.ca/2015/03/reactions-to-delhi-bus-rapist-interview.html).

Of the women who had commented on that post thus far, at least two had been raped - one didn't mention it but she had been gang raped - and at least another two could have been (almost?), myself included as an attempted date rape.

I re-read that post today at the library, before writing this one, shedding copious tears. My heart is still in grief about that very incident. My heart still bleeds and aches for this particular woman and also for all women worldwide.

(Just an aside here: When I find a piece of artwork I created and a poem I wrote in relation to the paragraph right above this one on the theme and history of violence against women, I will post it. Either one or two blog posts will ensue, in part of a more personal nature and I think an interesting one. It is in draft form as I am writing three posts today along a similar veined theme. This one may be entitled, "You've Come a Long Way, Baby" so stay tuned and watch out for it.)

The same day I posted that very sensitive and vulnerable post referred to above, another headline shrieked witness to other similar horrific events, this time in the United Kingdom (http://www.msn.com/en-ca/news/world/police-ashamed-after-girls-raped-for-years/ar-BBiaUI3?ocid=mailsignoutmd).

According to Sky news (see link above),

"Six vulnerable girls continued to be raped and abused for five years because authorities failed to take them seriously and bring a paedophile ring to justice ... Between 2005-10 the vulnerable girls were reported missing 500 times - half of those when they were in council care - but it did not raise alarm bells with authorities ... The report reveals 373 girls have now been identified as possible victims of sexual exploitation within the last 16 years in the county ... In May 2013, seven men were convicted of 43 offences including trafficking and rape ... Their trial detailed how they 'actively targeted' girls from the ages of 11 and 12, the majority of whom had been sent to live in care homes ... The girls were plied with alcohol, introduced to drugs, then sold for sex in guest houses, private houses and hotels, and abused by multiple men, some of whom had travelled to Oxford from 'far afield' ... The humiliation and degradation involved knives, meat cleavers and baseball bats. The girls' ordeals sometimes lasted days ... Since the trial, Thames Valley Police said approximately 700 children in Oxfordshire, Berkshire and Buckinghamshire have been referred to them where there is a suspicion they might be being sexually exploited."

My apologies dear readers. I actually did not intend or wish to blog on this, such a gruesome topic, anymore. However, I think it is important that people worldwide wake up, both men - not all are 'bad' - and women. Trafficking as well as sex slavery of women and girls is prolific worldwide, even in America. Yes, that includes Canada I'm sorry to say; I know this via my work.

Here are some appalling statistics and the like on the issue of trafficking (https://jbmaverick.wordpress.com/2014/09/05/human-trafficking-lets-kill-some-pimps/).

On my previous blog post (http://xpressyouressence.blogspot.ca/2015/03/reactions-to-delhi-bus-rapist-interview.html), I said, "I am not (normally) one for a heinous punishment, but truly in this case I wonder. Would it be best that a man gets castrated for this crime? Death seems an easy way out even if by execution. A quick death. I think pain is more punishing in terms of suffering."

And then I wonder if the following might be just as or more appropo to the perpetrators - see Part 2 of The Burning Times" at the 4:25 to 4:44 time mark and you will understand; even better, back up to the 4:00 mark! (The full-length video is just under an hour in length, though this video has five parts broken down in approximately 10-minute segments.)

And as I said on that same said post,

"On the other hand, I'm not God and I imagine the men involved will suffer the consequences karmically.)

Rather than asking you to take sides of my severe punishment - definitely not! - I would instead at this time like to ask you a question: What can WE individually and as a society do to STOP rape and other heinous crimes against females? Pray tell me. Tell us ... those others who read and comment.

And men don't get me wrong. I know there are a lot of good men out there as well. I am referring to this particular type of crime, though I have written about others in a couple of previous posts. (Just do a word search on my blog.)"

On a lighter note in preview of tomorrow being International Women's Day, read my last year's post on Women's Day which was on the theme of the Olympics, in particular the Canadian women's hockey team (http://xpressyouressence.blogspot.ca/2014/03/tribute-to-women-happy-international.html).
Posted by elly stornebrink at 8:44 PM