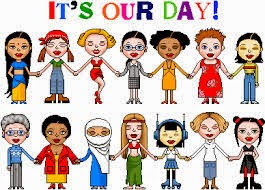 If you read my previous posts on Reactions to Delhi Rapist Interview on March 3rd and my post yesterday, Reactions to Oxford Trafficking and Rape, I asked a question: "... do you think we can individually as well as collectively change the occurrence of violence against women, against females - girls too! - in general?"

Whether through the media, personal accounts, or indirect reports on such violent acts and atrocities towards females, it could possibly have you start believing that all men are like this, which of course isn't true.

However, have you ever thought, wondered, or questioned like me, if generally speaking, men might be afraid of and/or jealous of women? Yes you read that right! Let me explain.

I believe and it seems that "The Burning Times" video implies that men are afraid of women's power, of women's intuition, of their mysteries, and the like. And perhaps underneath that they actually secretly envy women for the same reasons. Not that they want to be women, but to be like them in this regard.

There have been stories, some of which I have heard directly from women, that men are often jealous when their wife gives birth to their firstborn child. Why? The mother's primary focus and attention goes towards their newborn infant rather than to her husband. Does he feel neglected, dejected, alone, sorry for himself possibly as a result?

Regardless of the reason why men might secretly fear and/or envy women - a whole other topic and not one I wish to explore, possibly never (though take it upon yourself to research it if you wish) - I believe that we can view all of this in a totally different way. And yes, you read that right too!

There is a universal law or principle also known as a spiritual law or principle that goes along the lines as follows: what we think, we will attract, and thus create, create in our lives that is. This is what we label as 'reality.'

The principle of what you draw your attention to on an ongoing basis is what intensifies or is drawn towards you, similar to us as a collective or society. This may be a shocking statement given the context of violence against women. I can understand how hard this may be to assimilate and digest for those new to this concept.

The reverse can also be true however, that is IF we individually and collectively stand together and start focusing on what it is that we do want.

We as a society, what can also be termed as a 'collective conscious,' create our (own) 'reality.' Everyone's individual 'reality' though is different based on their own perceptions, biases, life's experiences, etc. We all see with different eyes. 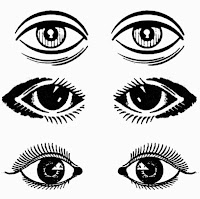 Birth order is one such example where children within the same family have totally different stories of a family incident, or witnesses to an accident where there are different accounts of the same experience from each bystander is another.

Reversing our (limited) reality is possible and achievable, though may take time. Here is a great example to illustrate this: Greek philosopher Pythagoras (before Christopher Columbus' time) informed others that the world was round. The societal paradigm of a flat earth eventually shifted to that of a round earth!

IF it is indeed true that we can change our reality, well then, what is possible? Actually science actually backs this up. Most recently, The Secret, a film borne out of the law of attraction principle (2006), followed by a book with the same title illustrates the scientific principles.

There are also various books on the topic including some historical titles such as As a Man Thinketh by James Allen (originally published in 1902), as well as The Science of Getting Rich by Wallace D. Wattles (written in 1910), and Napoleon Hill's Think and Grow Rich (in 1937).

As these books indicate, we give power to our thoughts and speech which then form our reality. Thus I ask, what kind of society do we wish to live in?

One way of a new society, a new way of being is for men to support women, such as in the photo below: Afghan men wearing burqas in Kabul to say no to violence against women:

Just a note for anyone interested, there are worldwide events which can be seen here (http://www.internationalwomensday.com/esearch.asp?country=37&town=#.VPyZCo5iz-4).

This year’s International Women's Day theme is "Make it happen." Thus, I ask, how can we make this happen: create a society where women are treated respectfully and equally at least in terms of social standing, that is that of a human being, not a slave or an animal! 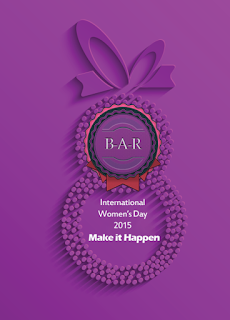 Speaking of which, if any of you wish an interesting take on men vs. women in the field of international sports, read my last year's post on Women's Day. It was on the theme of the Olympics, in particular the Canadian women's hockey team, quite interesting what happened: http://xpressyouressence.blogspot.ca/2014/03/tribute-to-women-happy-international.html

P.S. I would like to add a blogger's comment on the importance of raising sons with upstanding values to treat females respectfully. Hear, hear! :)

Today's blog post is linked to the following: #IWD2015, #internationalwomensday, #MakeItHappen, #womensday, #PaintItPurple as well as #Blogarhythm.
Posted by elly stornebrink at 11:55 AM