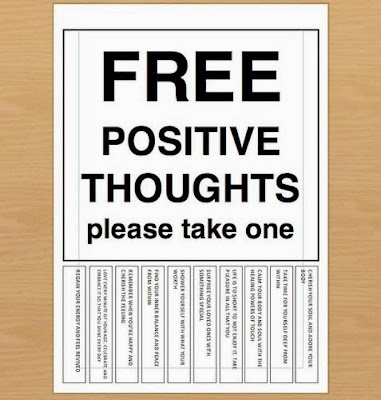 
"World Mental Health Day is a day for global mental health education, awareness and advocacy...supporters come to celebrate this annual awareness program to bring attention to Mental Illness and its major effects on peoples' life worldwide. In some countries this day is part of the larger Mental Illness Awareness Week."

And similarly, from a United Food and Commercial Workers e-newsletter,

"Currently the World Health Organization estimates that more than 350 million people worldwide suffer from depression. In Canada, each day 500,000 citizens miss work due to a mental illness, and it is estimated that one in five Canadians will experience some form of mental illness in their lives."

How does your home and/or work environment handle situations around mental health? And how do you personally deal with it?

P.S. If you press on the Control button on your keyboard plus roll upwards (towards) the front on the middle of your mouse, it will increase the font size so the ad may be more legible.

I am linking this post to ultrablog as well as ultimateblogchallenge and writetribe.
Posted by elly stornebrink at 10:50 PM