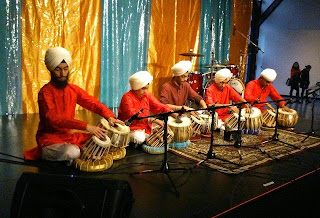 “Happy Diwali!” is a common greeting in India between mid-October to mid-November. It seems equivalent to winter solstice/Christmas/New Year in the western world, that is, in reference to the festival of lights as well as the exchange of gifts and the like.

It is a highly anticipated holiday in India, well-loved and observed by those who honour it. Various rituals including the cleaning of homes as well as the lighting of lamps and candles (both indoors and out) as well as firecrackers and fireworks, the donning of new clothes or best attire, the partaking of food including sweets, and the exchange of gifts with family and close friends are all routine as part of the festive celebrations.

It was my first DiwaliFest – the 11th anniversary this year – held at The Roundhouse Community Arts and Recreation Centre in Vancouver, BC. This festival reigned from October 17th to October 26th, though I only attended some of the performances on the last day.

I would have donned a Punjabi suit; however, I didn’t own one at present. I had, prior a number of years ago, when I used to perform an inspired creative dance piece years ago. (Just on an aside, it was the first outfit my eyes laid on when I entered a store in the Punjabi part of Vancouver: the background was periwinkle, my favourite colour, with beautifully-coloured flowered patterns, primarily in pink that matched an elegant and long, pink- and periwinkle-toned scarf.)

Instead, I considered wearing yoga pants and a long-sleeved multi-coloured tunic, not my best attire perhaps, but feminine-like, comfortable and flowing. However, with an extremely rainy day, I ended up wearing jeans as my yoga pants were too long and would likely get soaked.

Shortly after arriving at the event, in zealous anticipation of a kirtan (sacred chanting in Sanskrit, an ancient Indian language) which I LOVE, I bought some 'authentic' Indian chai, though declined the spicy pakora – too spicy for me – and the butter chicken as I had eaten about an hour prior. (Information about kirtan: http://www.sikhiwiki.org/index.php/Kirtan)

Unfortunately, there was no kirtan, only performances, though I did get to witness some great music. Sandra Leigh who runs 'Give Peace a Chant' (http://www.givepeaceachant.org/) in Vancouver played harmonium (a popular and traditional Indian instrument) and chanted in Sanskrit before the performance of an Indian woman; http://www.sikhiwiki.org/index.php/Harmonium. The MC (master of ceremonies) credited the English-speaking woman for her “perfect Sanskrit.”

I also heard a duo consisting of a tabla and sitar player - love those instruments - performing a three-part piece. I recorded the fastest movement; however, having difficulty downloading it (and hopefully will be able to later as it is an amazing performance). Following was a group of tabla instrumentalists; see picture at top, though I left shortly after they ended.

Nevertheless, during the event, I bumped into Ray Van Eng, a Vancouver photographer, who video recorded the flamenco dance troupe after I had gone. Flamenco is "a form of Spanish folk music and dance from the region of Andalusia in southern Spain. It includes cante (singing), toque (guitar playing), baile (dance) and palmas (handclaps)." (http://en.wikipedia.org/wiki/Flamenco)

In a different room at the centre were two motifs known as rangoli which were decorated on the floor with some pastel-coloured sand or rice. I only discovered this past week, Friday, October 24th what rangoli was by reading Usha Menon’s blog post, Kuch Khatta Kuch Meetha, on Diwali (http://eccentricgrandmum.blogspot.in/2014/10/diwali-came-and-went.html). 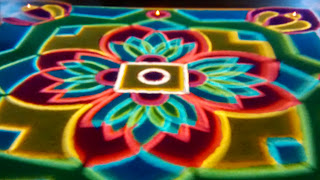 Photo I took of Rangoli at DiwaliFest 2014

Rangoli is art created by patterns on living room or courtyard floors utilizing materials such as coloured rice or sand, flower petals or the like. It is usually made during Diwali and other Indian festivals. (Read more about this wonderful art form here: http://en.wikipedia.org/wiki/Rangoli)

What is it about the essence of Diwali that you most enjoy, and if you don’t celebrate it, what aspect do you think you would most enjoy and why?

P.S. The title is inspired from one of my Indie blogging friends, Vinodini Iyer who was a guest blogger on September 25th, "No, I do NOT Speak Indian!" - http://xpressyouressence.blogspot.ca/2014/09/no-i-do-not-speak-indian.html Also, you can now see some photos of my dance in a Punjabi suit on my February 7, 2015 post.

Am linking this to Ultrablog as well as to Writetribebloggers and Ultimateblogchallenge.
Posted by elly stornebrink at 10:33 PM