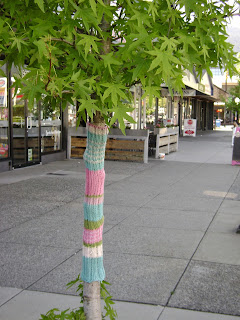 Photo I took of a tree wrapped in knitting in North Vancouver, BC

With tongue in cheek I am posting the above title with a little smirk, to draw attention to so many of you bloggers who are Indian and whose writing I admire. I hope you read this! ;)

Not only do I love your writing styles with superb choices of words, but I also love autumn, more notably Indian summer. Some of you may not have heard that term as you probably don't experience it in your part of the world. Let me briefly explain:

Indian summer occurs in the fall, also known as autumn. Autumn usually starts on or around September 21st where the length of day and night are equal. (See my blog posting, Tantalizing Tuesday: Tree Days: http://xpressyouressence.blogspot.ca/2014/09/tantalizing-tuesday-tree-days.html.)

According to Wikipedia, "Indian summer is a period of unseasonably warm, dry weather that sometimes occurs in autumn in the Northern Hemisphere" and "...weather conditions that are sunny and clear with above normal, occurring late-September to mid-November."

This is what I experienced this weekend, notably today where it was actually hot late afternoon. I was wearing a sleeveless top!

Apparently, warmer than usual temperatures and drier than normal conditions are expected this season, due to El Nino (http://en.wikipedia.org/wiki/El_Ni%C3%B1o). 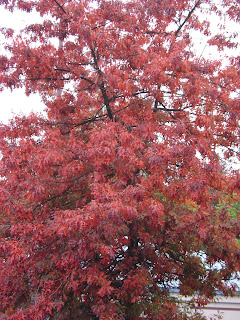 (Photo I took of a maple tree)

I bring this up for several reasons:

Firstly, I find a lot of people recently near the end of August complaining that "summer is over" with a glum face. I then remind them that autumn isn't until September (and then state the day after I note it from the calendar). This year is occurred on September 23rd for example.

Secondly. I recall vividly that the past two years have been extremely pleasant during Thanksgiving weekend which is celebrated the second weekend of October; read here for a short detailed desription: http://en.wikipedia.org/wiki/Thanksgiving. Two years ago, it was actually HOT and sunny the entire long weekend with the following day, returning to work on Monday bringing cold, wet weather: rain! Last year, it was warm (not so hot, but very pleasant) with sun again that weekend.

Thirdly, it is predicted that at least for Vancouver, BC and area, we will experience unseasonably drier weather. (The rainy season usually starts as early as September.),

Is this occurring due to climate change? If so, what actions can you take individually and collectively?
Posted by elly stornebrink at 6:34 PM