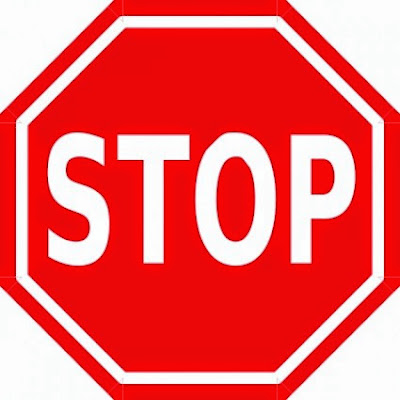 STOP! STOP IT! STOP IT ALREADY! ENOUGH is ENOUGH!! I say, and isn't that enough?! Oh I wish it was and it was that simple.

Didn't you - the world - just kidding, but am serious at the same time for you followers/readers of mine - not hear me the first time? Did you not read my post the other day?: 'December 6: National Day of Remembrance and Action on Violence Against Women' at http://www.xpressyouressence.blogspot.ca/2014/12/december-6-national-day-of-remembrance.html (or you can scroll down to the bottom of this post to 'older posts.')

At the end of that post I say, "When will it STOP?! S-T-O-P! Enough is enough! Enough of this sickening brutality! What can I as an individual, we as individuals - yes, you men too, in particular! - country, society do to end this...once and for all?!?" I'm speaking here of violence against women which denies women the basic right to safety.

And then I read something else a day later, another sickening and disheartening article on sexual assaults and child brides in India - that is criminal! - 'As sex assaults increase, Indian girls get pushed into marriage.' And I see that women might partly be at fault too; however, there are reasons for that, namely tradition and poverty...not a good mix: http://www.msn.com/en-ca/news/world/as-sex-assaults-increase-indian-girls-get-pushed-into-marriage/ar-BBgux6W

I say, stop the atrocities against girls - women too - all females! Where are the girls' rights to be children? Their right to play and learn and have fun? Their right to explore the world with their childlike innocence intact? 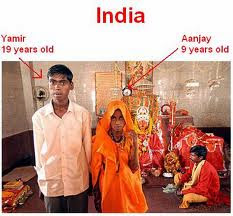 Why do females - women or children - need to feel or be made to feel subservient? And at such a young age? () It just breaks my heart.

I wrote a poem in one of my expressive arts therapy classes a number of years ago on how my heart, my soul aches for women, for females as I am one too. I shed tears copiously - 'rivers of blood' - for us women, metaphorically speaking of course. (When I find this poem and its accompanying artwork, I will be sure to let you all know and will refer to this blog post.)

These females are not only my 'sisters.' They are somebody's wives, girlfriends, daughters, granddaughters, siblings, nieces, cousins, and friends.

When will women be able to roam the streets at night and even during the day in peace? Get an education in peace? Make a living in peace? Raise a family in peace? When can we females feel at peace, experience peace without such worries? When? When, when, WHEN?!

December 10 is considered Human Rights Day and observed around the world - I say 'supposedly' - in recognition of the Universal Declaration of Human Rights adopted by the United Nations General Assembly in 1948. The theme this year is Human Rights 365, meaning everyone is or rather should be entitled to human rights every day of the year, i.e., daily.

However, it makes you wonder when you hear about the tip of the iceberg on reports of sexual assault - most are unreported - and human trafficking for instance, prolific even in first-world countries such as Canada and the United States!

Please note that though this post primarily focuses on India, I am generally speaking for all women around the world. There are and have been many missing and murdered Indigenous women in British Columbia, a much closer-at-home example.
Posted by elly stornebrink at 12:01 AM